Are you excited about NASA opening up the International Space Station (ISS) to tourists?

Because I care about you, there are just a few teensy-weensy things I’d like to mention before you start packing:

Part 1:  Before You Go To The International Space Station

According to AP News, “private astronauts will have to meet the same medical standards, training and certification procedures as regular crew members.”

I wondered what “medical standards” the private astronauts will have to meet, so I went looking and found this:

It’s an 83-page document that includes topics such as “Fitness-for-Duty Orthostatic Hypotension Standard” and “Permissible Outcome Limit for Microgravity-Induced Bone Mineral Loss,” but I decided to start with this section on page 26, subtitled “Pre-flight”:

Apparently you’ve forgotten how much our government loves acronyms.

Before you read anything in this manual, you need to go to pages 12-14 and memorize the list of 83 acronyms.  Here’s a sample: 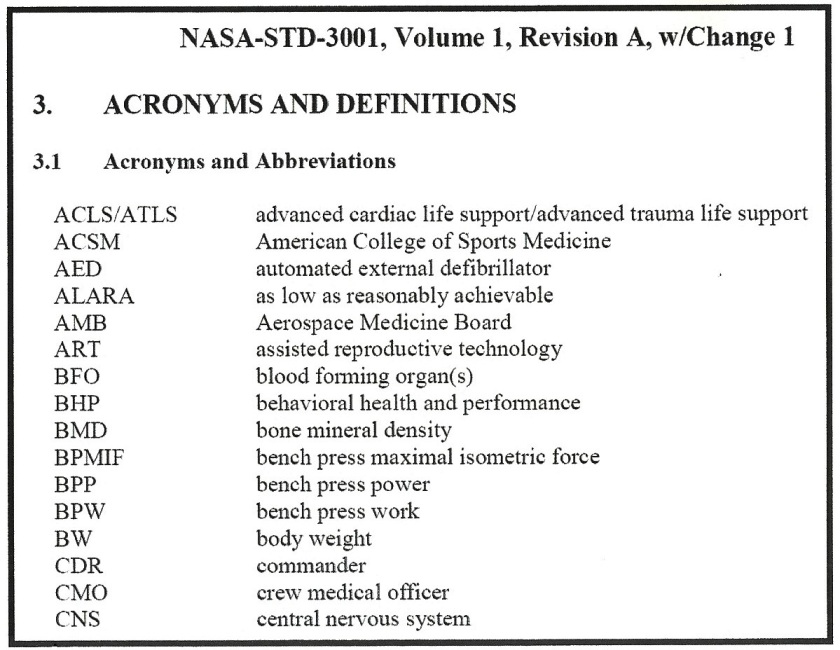 Then, and only then, you’ll know that JSC is “Johnson Space Center,” FMC is “flight medicine clinic” and MORD is “Medical Operations Requirements Document.”

It’s crucial that you know your acronyms and their meanings.  What if there’s an emergency on your spaceship and the captain orders you to “Get the CMO, bring me the AED, and stand by for ACLS/ATLS!”

You can’t very well say, “Dude, I’ll have to go get my acronym list to understand what you just said.”

A response like that will get you bounced from ISS training faster than you can say, “STD,” which in NASA-speak means “standard,” and not “sexually transmitted disease.”

You will be tested in the morning.

Part 2:  Before You Go To The International Space Station

The AP article says that NASA “has contracted with Boeing and SpaceX to fly future crewed missions to the space station.”

You’re certainly aware that Boeing is the maker of the 737 Max, and that all 737 Max aircraft have been grounded since March – all 394 of them.  Here are just a few:

Muilenburg expressed confidence that the Boeing 737 Max would be cleared to fly again later this year.

(The latter being December 1, in case you have a bartender you’d like to appreciate.)

So suppose your flight to the space station is on a Boeing spacecraft, and it gets you there…

And then Boeing realizes they made a “mistake”:

They don’t know how to bring their spacecraft back to Earth.

The launch was great fun and went really well, but then, when it’s time for the return trip…

Will CEO Muilenburg once again express confidence that Boeing will have your return trip figured out “later this year”?  Next year?  Some day?

Hope you had travel insurance.

The other bad news:  SpaceX is also the builder of spacecraft for ISS trips.

SpaceX is owned by Elon Musk.

Do you really want to go to the ISS – or anywhere – on a spacecraft built by a company whose owner has said,

“I don’t love the idea of being a house cat, but what’s the solution?  I think one of the solutions that seems maybe the best is to add an AI layer.  A third, digital layer that could work well and symbiotically with the rest of your body.”

“I would like to allocate more time to dating, though.  I need to find a girlfriend.

“That’s why I need to carve out just a little more time.  I think maybe even another five to 10 – how much time does a woman want a week?  Maybe 10 hours?  That’s kind of the minimum?  I don’t know.” 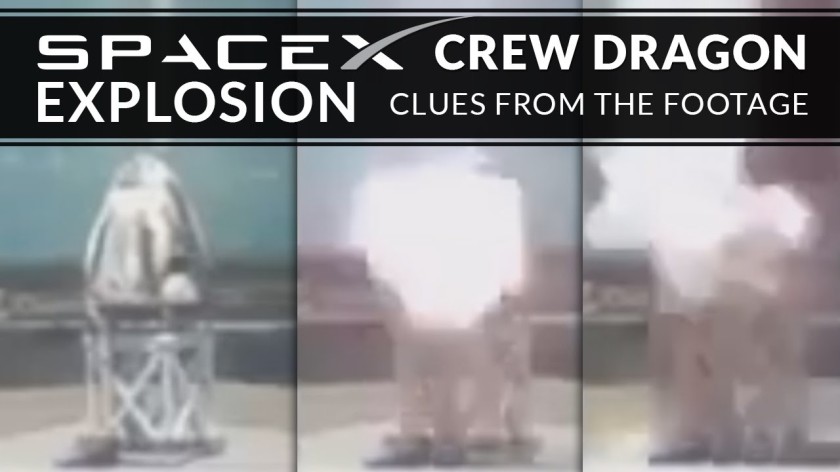 Looks like your ride to the Space Station isn’t going anywhere soon.

Part 3:  Before You Go To The International Space Station

Here’s the last thing I’ll mention about your trip to the International Space Station:

As of today – and we know this will increase – the cost of your round trip is $58 million.

And once you get to the ISS, you’ll be paying for your own life support, food and water.

Your stay on the ISS can be up to 30 days, and because you’re a take-it-to-the-limit kind of person, you’ll go for that 30 days.

Now, according to NASA’s website, here’s what astronauts do on the space station:

“The station crew spends their day working on science experiments that require their input, as well as monitoring those that are controlled from the ground.  They also take part in medical experiments to determine how well their bodies are adjusting to living in microgravity for long periods of time.

“An astronaut can choose from many types of foods such as fruits, nuts, peanut butter, chicken, beef, seafood, candy, brownies, mac and cheese, and spaghetti.  Available drinks include coffee, tea, orange juice, fruit punches and lemonade.”

Talk about boring!  No burgers, no beer, no marijuana-laced muffins?

And because it’s so boring, you’ll want to spend time on the Internet, posting pictures of yourself floating around in that microgravity, working on those experiments, eating that yummy spaghetti.

And you’ll want to show all your friends how you’re cleaning those filters, but one GB gets you only a measly four hours on Skype.

As for watching TV – $50 is only 10 episodes of your fav show, hardly enough to qualify you as binge watching.

This may be the deal breaker.

But don’t get discouraged.

You can save up more money to pay for more GB…

And you can practice your moonwalk: