As a public service, the Washington Post provides “The Fact Checker,” a “running list of the false or misleading claims Trump says most regularly.” 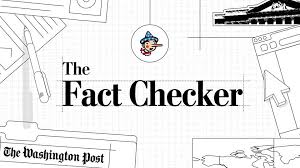 According to the Post website, the “column first started on September 19, 2007 as a feature during the 2008 presidential campaign,” and was revived as a permanent feature on January 11, 2011.

On January 20, 2017 The Fact Checkers got very busy, and they’ve busy ever since.

That’s the day Trump was inaugurated, and told his biggest lie of all:

But The Fact Checker website pages provide much more than periodic updates of the ever-increasing number of Trump’s false or misleading claims.

There’s this handy graph, an excellent aid for visual learners like me: 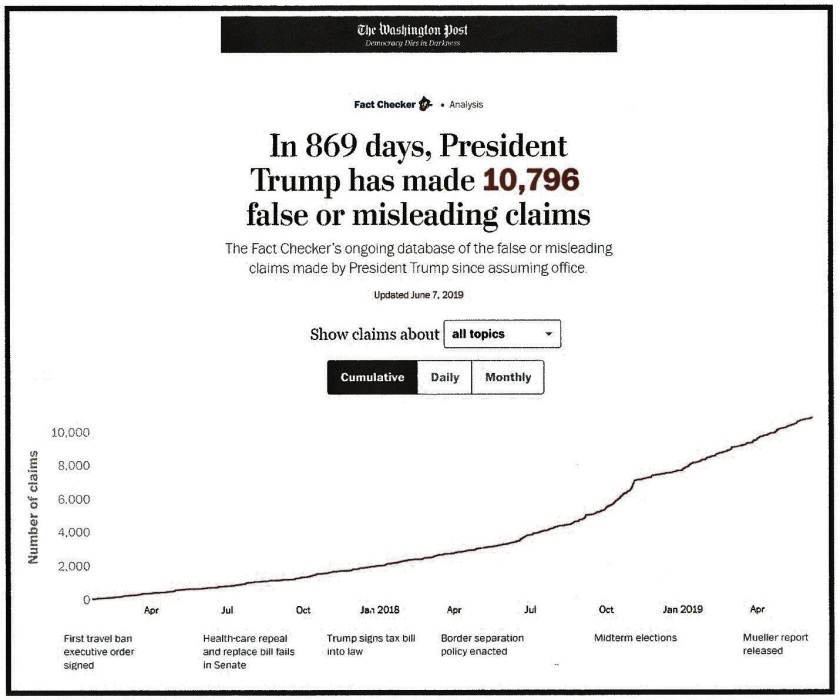 Then they go deeper – when I scroll down the page I can “Search the database,” filtering by “topic” or “source.”  I chose “Biographical record” and up came 354 matching results: 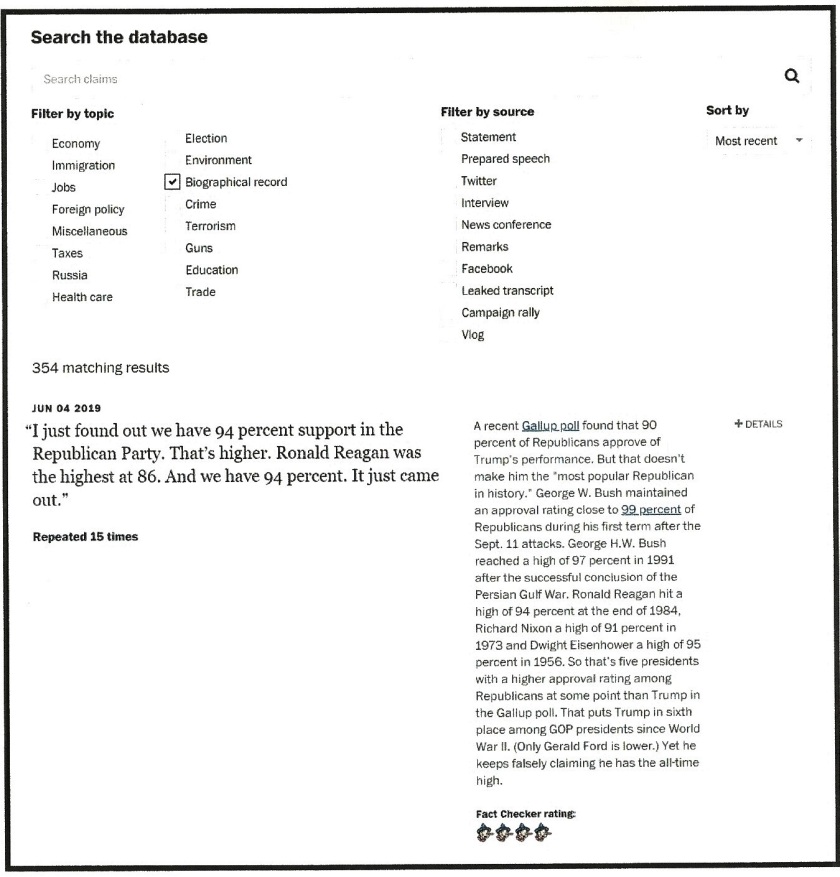 A little further on was this Trump lie – excuse me, false or misleading statement – one of my favorites:

Going back to the “Search the database” image, you’ll see a small image that looks like this:

This is the “Fact Checker rating” and here’s how it works:

A little more exploring brought me to “Bottomless Pinocchios”:

The Bottomless Pinocchios are maintained on their own landing page, so of course I immediately went there:

Now we’re really going deep.  I can “Jump to a claim,” and then, when I “Hover over Pinocchio to read a claim,” we go interactive:

It’s going to take me awhile to explore all this.

I can imagine how exhausted The Fact Checkers must be – they’re the ones doing all researching and checking and compiling.

So it’s understandable that their last published update was back on June 7.  There’s so much material to work with, because Trump’s lies – I mean, his false and misleading claims – never stop.

And because I know they’re so busy and exhausted, I thought I’d pitch in and help The Fact Checkers with some fact checking of my own.