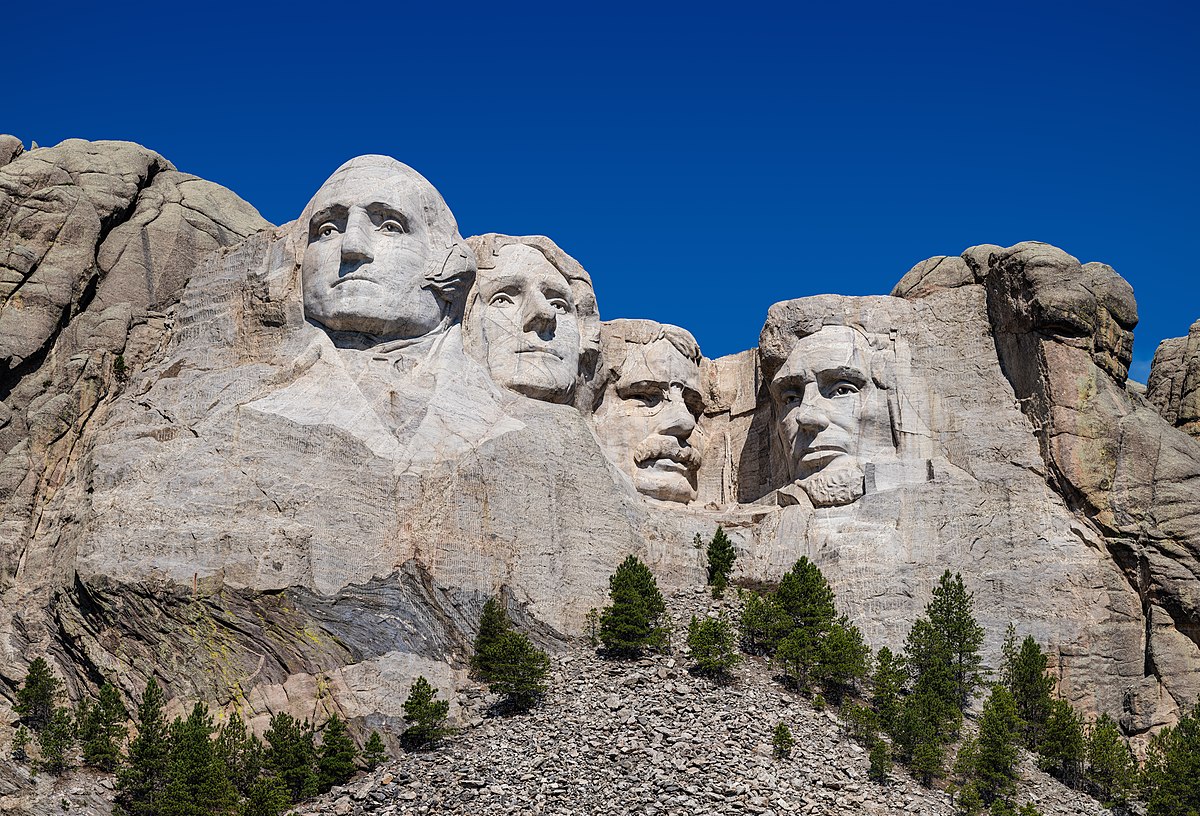 I’ve been aware of Mount Rushmore since I was a kid.

I knew there were heads of presidents carved into it, but I’m not sure I could have named them.

I’ve never had any interest in seeing Mount Rushmore.

But now I am seeing it, in a very different way.

What prompted this feeling was this June 26 online article:

Normally, Fox News is not one of my go-to sources of information.

But the story was from the Associated Press, which I do consider a trusted source.

Like last year’s $30 million+ July 4 Salute to America, which was actually Trump’s salute to himself.

The most memorable thing about that July 4 fiasco was Trump’s speech about the Revolutionary War, in which he said,

“Our army manned the air, it rammed the ramparts, it took over the airports, it did everything it had to do…”

What prompted me to start seeing Mount Rushmore in a very different way was this statement, early in the article:

“‘Mount Rushmore is a symbol of white supremacy, of structural racism that’s still alive and well in society today,’ said Nick Tilsen, a member of the Oglala Lakota tribe and the president of a local activist organization called NDN Collective.  ‘It’s an injustice to actively steal Indigenous people’s land and then carve the white faces of the conquerors who committed genocide.’”

George Washington, the “Father of Our Country”?

Thomas Jefferson, the “Father of the Declaration of Independence”?

We were taught they were heroes, but recent events in this country have some – including me – wondering.

“An active slaveholder for 56 years…”

Thomas Jefferson, the “Father of the Declaration of Independence”:

“…acquired approximately 175 enslaved people through inheritance:  about 40 from the estate of his father, Peter Jefferson, in 1764, and 135 from his father-in-law, John Wayles, in 1774.”

“Jefferson did buy and sell human beings.  He purchased slaves occasionally, because of labor needs or to unite spouses.  Despite his expressed ‘scruples’ against selling slaves except ‘for delinquency, or on their own request,’ he sold more than 110 in his lifetime, mainly for financial reasons.”  (Source:  Monticello.org)

“Lincoln first publicly advocated for colonization in 1852, and in 1854 said that his

first instinct would be ‘to free all the slaves, and send them to Liberia’ (the African state founded by the American Colonization Society in 1821).

“Nearly a decade later, even as he edited the draft of the preliminary Emancipation Proclamation in August of 1862, Lincoln hosted a delegation of freed Black men and women at the White House in the hopes of getting their support on a plan for colonization in Central America.  Given the ‘differences’ between the two races and the hostile attitudes of white people towards Black people, Lincoln argued, it would be ‘better for us both, therefore, to be separated.’”  (Source:  History.com)

“‘I don’t go so far as to think that the only good Indians are the dead Indians, but I believe nine out of every 10 are,’ Roosevelt said during a January 1886 speech in New York.  ‘And I shouldn’t like to inquire too closely into the case of the tenth.’”  (Source:  AmericanMuseumofNaturalHistory.org)

And therein lie some of the dichotomies of our country.

Here are other excerpts from the Associated Press article:

“The four faces, carved into the mountain with dynamite and drills, are known as the ‘shrine to democracy.’”

“Tim Giago, a journalist who is a member of the Oglala Lakota tribe, said he doesn’t see four great American leaders when he looks at the monument, but instead four white men who either made racist remarks or initiated actions that

removed Native Americans from their land.”

“The monument often starts conversations on the paradox of American democracy – that a republic that promoted the ideals of freedom, determination and innovation also enslaved people and drove others from their land”

So Trump will get his July 3 Salute to Self at Mount Rushmore, and once again we taxpayers will get screwed.

I have a lot of thinking do to.

And I have even less interest in seeing Mount Rushmore.