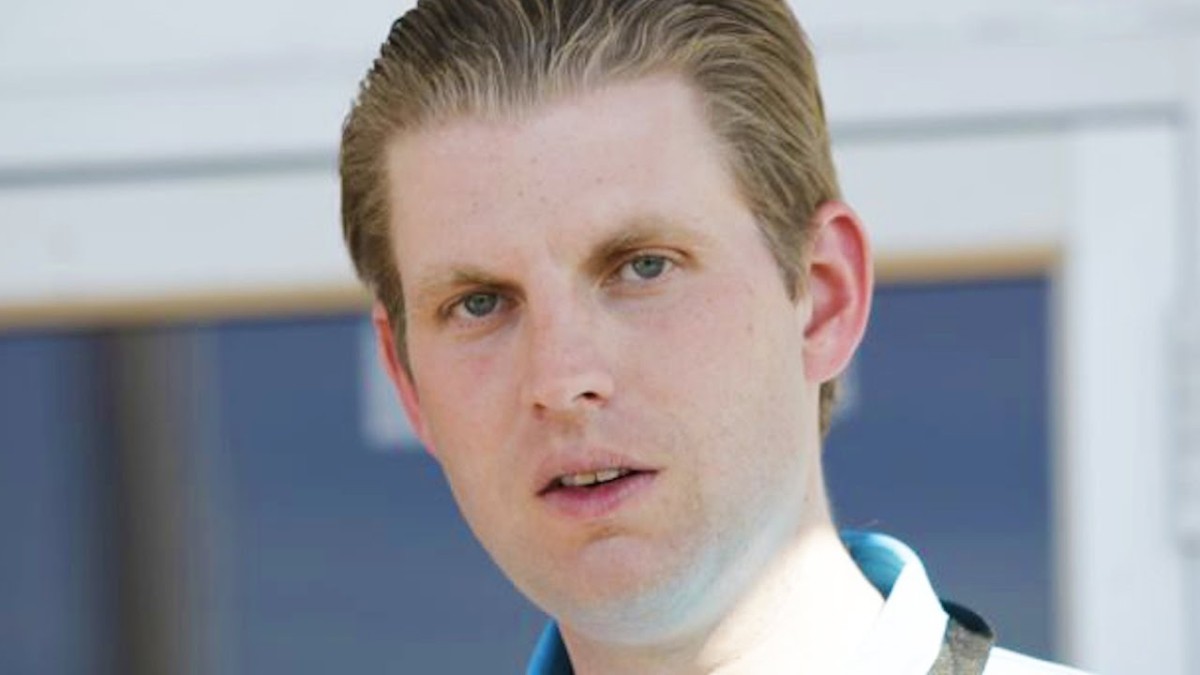 We don’t see much of Trump’s third offspring, Eric, 36, pictured above.

We see way too much of the eldest – Donald Trump Jr., 42.  He’s big on killing big animals:

And Trump Jr recently wrote a book, and then self-published it in August, I’m assuming because no publisher would touch it.  Here’s the book, complete with the now-infamous typo on the cover:

The book critic at The New York Times said the book…

“fails as memoir and as polemic: Its analysis is facile, its hypocrisy relentless, its self-awareness marginal.  (The writing is wretched, even by the standards of political vanity projects.)”

Then there’s Ivanka, 38, who caused quite a stir with this 2007 photo, posing with a jackhammer:

Which was nothing compared to the stir she caused with this July 2020 tweet, posing with a can of Goya beans:

Government watchdogs said, “Ivanka’s tweet was a violation of the misuse of position regulations.”

To which Ivanka replied, “And your point is?”

As one writer recently put it,

“Mikey Day plays slick big brother Don Jr. (above, right) to Alex Moffat as child-like Eric.  The portrayals are way over the top, especially Eric, who is almost always acting like a not-so-bright first grader…”

But maybe today…October 5…Eric will find himself in a different setting, front and center:

According to this September 23 article, it has to do with the New York Attorney General’s “civil investigation into whether President Trump and the Trump Organization committed fraud by overstating assets to get loans and tax benefits.”

Eric is the vice-president of the Trump Organization.

“In July, Mr. [Eric] Trump abruptly canceled an interview with the attorney general’s office, days before it was scheduled, and in August, the Trump Organization told the office that the company and its lawyers would not comply with seven subpoenas related to the investigation.”

But, the article continues, on September 23:

“…a judge in the State Supreme Court in Manhattan, Arthur F. Engoron, ruled that Mr. Trump had to sit for a deposition no later than Oct. 7…”

So, would Eric meet with the New York Attorney General’s office, or wouldn’t he?

I checked daily for updates and there was nothing until this:

According to the story, Eric is to meet with NY investigators via video today, October 5.

Of course, he’ll be so lawyered up that the lawyers will plead the Fifth when Eric is asked for his full name.

Since I can’t be a fly on the wall, I’ll have to rely on my imagination for what Eric’s deposition might sound like…

Notary:  Mr. Trump, do you solemnly swear to tell the truth, the whole truth, and nothing but the truth, so help you God?

Attorney #1:  Eric, do you know why the New York Attorney General wants eight years of your father’s tax returns?

Eric:  Um…no.  We’ve done a great job of hiding stuff, so there’s nothing for the Attorney General to find.

Attorney #1:  Eric, in 2016 your father agreed to pay $25 million to settle two class actions and a New York suit against Trump University.   Earlier your father had said he could have settled “for very little money, but I don’t want to do it out of principle.”  Do you know what “principle” your father was referring to?

Attorney #2:  In 2018, New York’s attorney general filed a civil suit against the Trump Foundation and your father, along with Donald Jr, Ivanka and yourself, alleging “a shocking pattern of illegality” with respect to the foundation’s money.  The Foundation was shut down and your father was ordered to pay a $2 million settlement for misusing the Foundation for his business and political purposes.  What was your role in that shocking pattern of illegality?

Eric:  Um…yeah.  But I kill animals, too! See? I killed this…whatever it is!