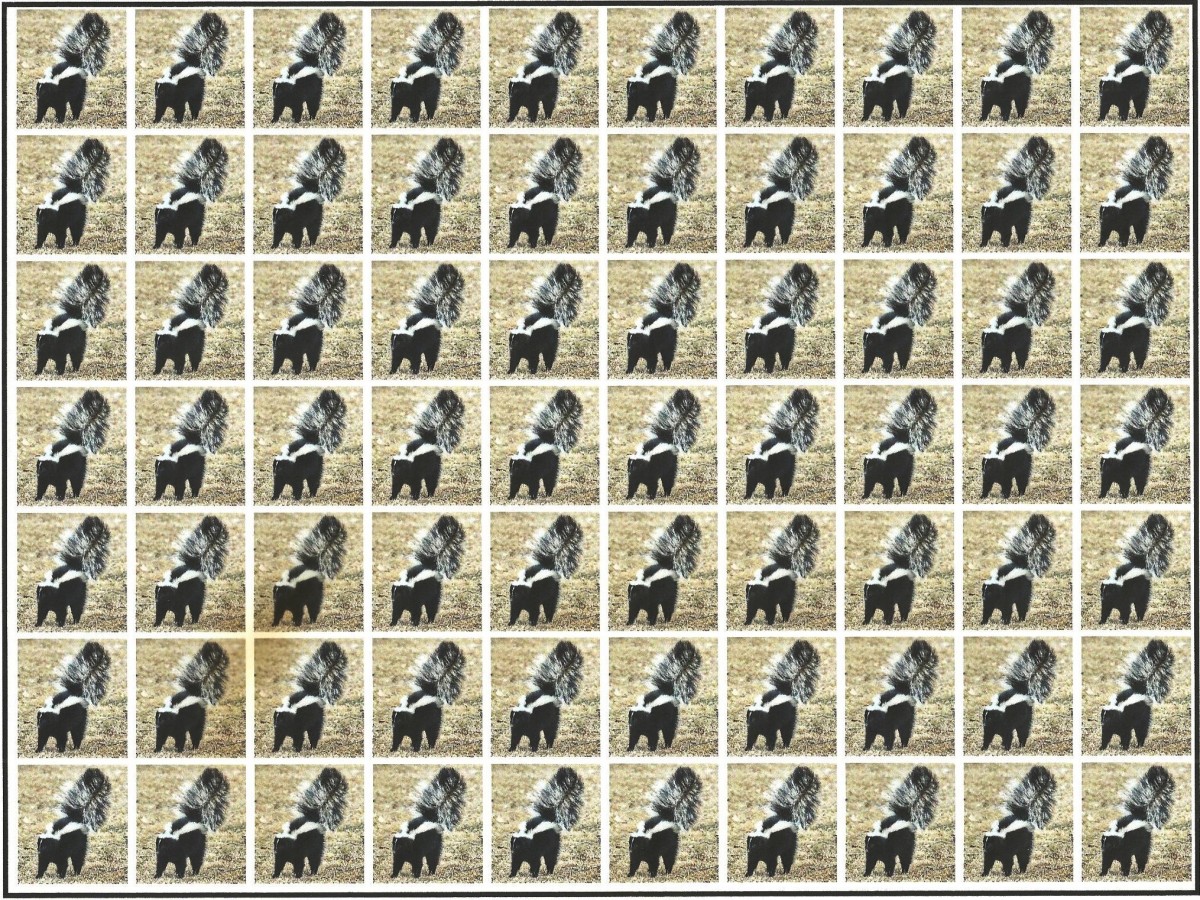 Review, short version:  More skunks than I have room for.

A long-time friend and I are avid readers, and while we often talk about books, we have very different preferences in what we read.

Occasionally we’ll both read the same book and invariably, we’ll agree to disagree on the book’s merits – or lack of – and move on.

So when my friend emailed and said,

“I just finished Anne Tyler’s Clock Dance, and it was very good.  I think you’d like it.”

I thought it was a daring statement on her part.  I decided to give Clock Dance a try.

This was my first experience reading Anne Tyler, though she’s published more than 20 novels.  Her genre is described as “literary realism,” and while her website is skimpy on information, it does mention that she won a Pulitzer Prize for a novel in 1989.

Her website also lists numerous excerpts from glowing reviews of Clock Dance that include language such as,

Before I gave up about half-way through the book, I’d encountered none of these.

By 2017 we’ve gotten a clear picture of Willa – a victim of her mother’s physical and emotional abuse, and her father’s enabling of it.  A victim of her bully husband, dropping out of college at his insistence.  The husband dies in 1997 and at some point Willa remarries, now becoming a victim of a man who infantilizes her – nicknaming her “Little One” and telling her that she, at age 61, is not capable of traveling on an airplane without him.

Willa has “VICTIM” written all over her, and I detest stories where women are – and remain – victims.

The destination Willa wants to fly to is Baltimore, and the reason is so convoluted, and so nonsensical, that it defies credibility.  She gets a phone call from a stranger in Baltimore about a woman named Denise, who at one time was the live-in lover of Willa’s son Sean.  Denise was shot in the leg and is in the hospital, and, says the stranger, Willa must come to Baltimore to take care of Denise’s nine-year-old daughter Cheryl.

Now, Denise is no longer living with Sean.  And Cheryl is not Sean’s child.  There is no blood tie between Willa and Cheryl, no connection of any kind.  What does Willa decide?

She decides to fly to Baltimore to take care of Cheryl.

So Willa is going to Baltimore to take on the care of a stranger’s kid and – what?  Pretend Cheryl is that longed-for grandchild?

Willa needs to get a life.  Her own, and not someone else’s.

Willa meets the child, Cheryl, and it was Willa’s observations of her that turned my feelings about Clock Dance from dislike into loathing:

Page 122:  “She [Cheryl] had a pudgy face and a keg-shaped tummy that strained her T-shirt, and her legs were so plump that the inseams of her shorts had worked their way up to her crotch.”

Page 129:  “Cheryl had soft, tawny skin, unfortunately pouching a bit below her jaw…”

Page 136:  “Cheryl was sitting against her headboard…She wore pink pajamas with cap sleeves that showed her upper arms, which were wide and soft and squishy like a grown woman’s arms.”

Clearly Tyler’s goal was to portray Cheryl as overweight and, therefore, unattractive.

I don’t call this “Delightfully zany…Charming…Tender.”

I call it body shaming, and I call it shameful.

Since I didn’t finish the book, I don’t know why Tyler titled it Clock Dance, and I don’t care.

I don’t know where the story goes, and I don’t care.

I don’t know if lead character Willa goes through some kind of metamorphosis, stops being a victim and stops body shaming Cheryl.  And I don’t care.

But I’m rooting for Cheryl.  Maybe she’ll grow up and become our first female president.

“Soft and squishy” upper arms notwithstanding.