Evvie rhymes with “Chevy,” not “greevy.”

It’s short for Eveleth, which is a pretty rotten name, considering her mother – who abandoned Evvie when she was 10 – gave it to her because Mom was miserable in her small-town Maine home, and pined for the dreams she’d once had in her hometown of Eveleth, Minnesota.

“I am named after my mother’s unhappiness,” says Evvie. 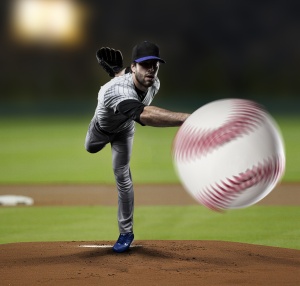 Meet Dean Tenney, a big-time major league pitcher until suddenly – he couldn’t pitch anymore.  The fans and sports writers who cheered him one day now consider him the personification of “failure.”

Dean needs a low-profile place to figure out what’s next.

I was first intrigued by Holmes because she’s on National Public Radio – NPR – a station I listen to a lot and greatly respect.  When I learned she’d written her first book, I wanted to know more.  Evvie came out in late June 2019 and hit The New York Times best seller list on July 13 – pretty impressive for a first-time author!

There’s a third character, Andy, a mutual friend of both Evvie and Dean, though they’ve never met.  Andy knows that Dean is looking for a place to lick his wounds, and that widowed Evvie has a small apartment at the back of her house.  It’s obvious where this is going, and that’s OK.

I found Dean easy to like – he’s smart, sensitive, and really suffering from losing the 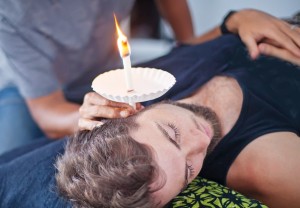 career he loved and now appears to have lost.  And he’s tried everything to fix it; he tells Andy, “I went to eight sports psychologists and two psychiatrists…I did acupuncture, acupressure, suction cups on my shoulder, and candles in my fucking ears…I quit gluten, I quit sugar, I quit sex, I had extra sex, I ate no meat, just meat…”

The list went on, and my heart went out to him.

But Evvie – sometimes not so easy to like.  She could be funny, but also do some major Pity Party.  She has a lot of baggage and knows it – “Baggage.  So goddamn much.  I

should have my own cargo plane” – but can’t acknowledge that she needs professional help.

Until, toward the end, a friend says, “Your head is the house you live in, so you have to do the maintenance.”

I started out liking Evvie, but then I got annoyed, then exasperated, then back to liking her, then I got pissed at her, and then…

So I’d have to say that the author did a good job of keeping me engaged in her story.

Evvie is Holmes’ first novel – and I hope, not her last.