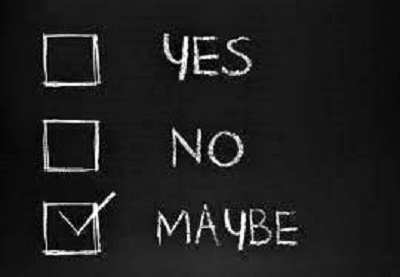 We’ve been in the pandemic for over a year, and it’s been horrible.

I have a sneaking suspicion that – for some – the pandemic may become a very easy excuse.

And when we hear, “…because of the pandemic,” we’ve become accustomed to nodding and accepting the explanation.

Seriously – here’s what I expect future conversations to sound like:

Case in point – the California DMV, which I consider the Asshole of California.

Though the California Employment Development Department (EDD) is a serious contender for that title:

But based on recent and ongoing experience, I think the DMV has a solid hold on “Asshole.”

Here’s how they started out handling the pandemic, in April 2020:

So to “put their best foot forward,” as the DMV says on their website, someone came up with the idea of a virtual assistant named “Miles.”

I needed help from the DMV, and after many calls and copious amounts of time on hold but never actually talking to someone, I was desperate.

I decided to try their online options, “Ask DMV”:

This is where I met “Miles.”

Miles is a “chatbot,” the definition of which is, “bots that simulate human conversation by responding to certain phrases with programmed responses”:

Of course, none of the selections offered were relevant to my issue – a possibility that clearly never occurred to the DMV chatbot makers – so I typed in my question, as Miles suggested.

I clicked “Chat with an Agent” and got this:

Progress:  I now had a case number!

But after a lengthy wait, up popped another message, above – no agents were available. And it was my fault, because I “didn’t respond to the agent.”

Who hadn’t responded to me.

I took a few days’ break, then I went on the DMV website to see what was happening with my case.  I typed in my case number and got this:

Still desperate – obviously – I decided once again to call the DMV.

To my astonishment, this time around I was offered the option of leaving my number for a callback, and I did.

About two hours later a human from the DMV called!

His name was George!

I told George I was following up on paperwork I’d mailed on March 2 – six weeks earlier.  And without bothering to ask me anything else – not even my name – his excuse was immediate, and creative:

See?  Creative!  Why let the DMV shoulder all the blame, when you can blame the Post Office as well?

Yes, we’re all aware that the Post Office is having problems:

But, c’mon.  If you’re going to blame the Post Office for stuff being delayed, why not also include that long traffic signal that made you late for work, and that guy at McDonalds at lunchtime who forgot to ask if you wanted fries with that, and you had to circle around and get in line again to get them?

I asked George if he could verify that the DMV had at least received my paperwork.  Now he did ask my name, and after a very lengthy wait he said, “Yes, we received that on March 27.”

I’d mailed my paperwork on March 2.

I’m in San Diego, and the DMV is in Sacramento, about a 500-mile journey:

George is telling me that it took the Post Office 25 days for my paperwork to go from San Diego to Sacramento?

I could walk from San Diego to Sacramento in less than 25 days, and I’m no speed walker.

That received-on-March-27 date isn’t when the DMV received my paperwork.  It’s when some slouch at the DMV got around to bothering to open it and start processing it.

While I was digesting this information, George again said,

I asked if he could estimate about when my paperwork might get some results.  His response was,

Then after a pause he added, “In six to eight weeks.”

I’m imagining George and a group of his colleagues at the DMV Charm School, getting their monthly Customer Service Sensitivity Training:

Instructor:  …everything at DMV is delayed.

(The class does – they’ve got this one nailed!)

I’ll close with another imaginary conversation.

Child:  My Grandpa’s too sick to come to the phone, so I’m calling about the paperwork he mailed to you.
DMV:  When did he mail it?
Child:  Well, I’m 17, and he mailed it before I was born.
DMV:  Due to the pandemic…