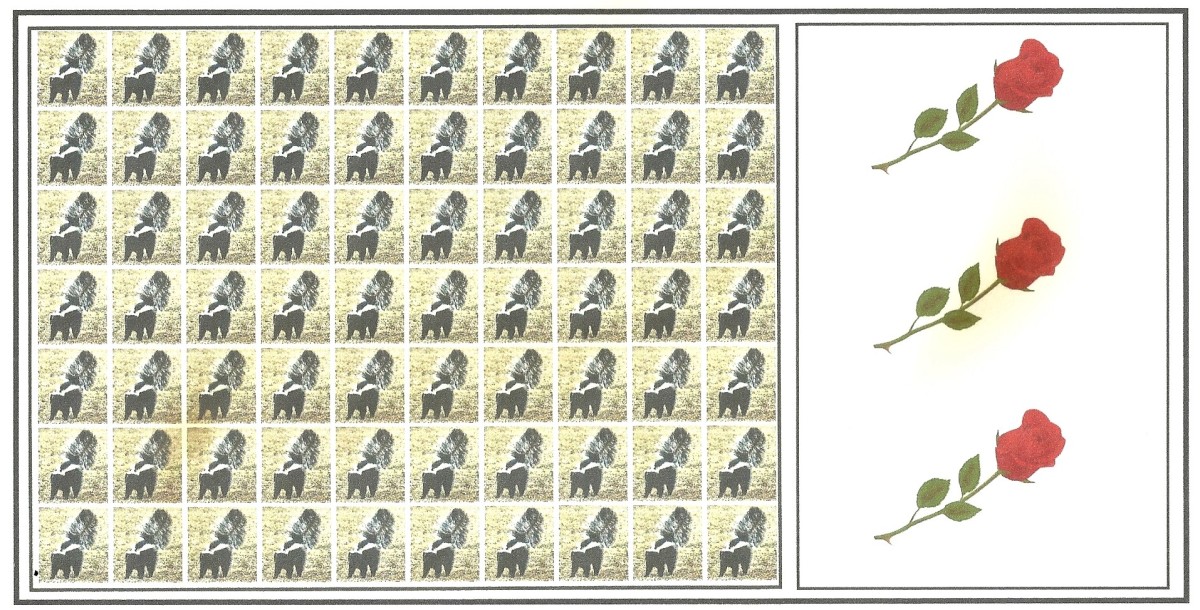 Review, short version:  Three roses for him, many skunks for her.

According to her website, author Susan Elizabeth Phillips has published 24 books, and I’ve read most of them.

And I’ve enjoyed all I’ve read, a couple enough to read twice, and one – three times.

It had been awhile, so when I went looking for her latest and found Dance Away with Me, I was elated.  Somehow I’d missed it’s publication 2020, and I was SO ready for some more Susan now.

Phillips’ website unabashadly states that “Life is better with happily ever afters,” and her love stores have them.  They also have strong, smart lead female characters, and strong, smart male lead characters, and when the females and males meet, there’s often a lot of conflict and a lot of great, snarky dialogue before they figure out their happy ending.

Let’s start with the lead male in Dance Away with Me:  Ian North, age 36.  He’s everything you want in a hunky romance hero:  tall, dark, handsome and built.  Very alpha, but sensitive.  He’s super-rich due to his being a highly successful, hughely talented artist.  He’s also a tortued soul, because he can’t create art anymore.  Plus, he had terrible parents, and a very messed-up childhood.

The lead female is Tess Hartsong, age 35, and she is Phillips’ first lead female character who totally disappointed me.

When we meet Tess, her husband of 11 years had died two years ago, and she’s dealing with grief “that would never, ever go away.”

Tess apparently had a career as a certified nurse midwife, but she jettisoned that.  She sold her home in Milwaukee and bought a dilapidated cabin in the Tennessee mountains, because her late husband had talked about moving to Tennessee someday.  Tess is a mess, and there’s no indication that she’s pursued any kind of professional help to deal with her grief and anger.

I’m not suggesting that Tess should just “get over it.”  I know, firsthand, that grief knows no timeline.  I also know that the right therapist can help us learn to live with the grief, and learn to live again.

Through a series of events, Tess is suddenly delivering a premature baby, and the baby’s mother, Bianca, dies.  In Tess’ muddled mind, her anger “had made this happen.  It had seared the placental membrane, boiled Bianca’s blood until it wouldn’t coagulate…Her own anger had done this.”

See what I mean about Tess’ mental state?

The man Tess believes is the baby’s father – Ian – turns out not to be; the baby was fathered by a sperm donor.  The baby is, in reality, an orphan, and should have immediately been turned over to child protection services.

Instead, Tess names the infant girl “Wren” and latches onto her like a drowning person latches onto a life preserver.  Somehow, this baby, to whom she has no legal right, is going to fix everything.

As Tess’ obsession with the infant gets worse, we meet another facet of Tess:  Tess is a bitch. A self-righteous know-it-all who says whatever she likes to whomever.  She’s arrogant and obnoxious.  She assigns degrading labels to people and she’s scornfully judgmental.  She gives sex advice to the local teenagers without their parents’ permission because “I’m right.”

Not my idea of a book character I want to spend time with.

Back to the baby.  Tess:  “I’m her family.  I was the first person to touch her.  The one who’s fed her, changed her, held her against my body…”  “She only wanted to be with Wren…Taking in the little sounds she made – the squeaks and yawns, her baby snores.  Her perfect deliciousness…”  “This baby was hers.  She would give up her life for this child.  She could not let her go…”  “Wren is mine.  She belongs with me.”

A fine way for a mother to feel.

But Tess is not the baby’s mother.

Then there’s the matter of Tess’ mess of a life:  no job, no money, no health insurance, a crappy, unsafe house – and she thinks she’s prepared to care for a child (to whom she has no legal claim)?

Then there’s the matter of Tess practicing medicine in Tennessee without a license.

And the irony, toward the end of the book, of Tess suggesting that Ian is emotionally crippled.

And this brings me to my comfort zone – once again totally out of step with the almost 1,900 Amazon reviewers, 96% of whom gave Dance Away with Me three stars or above (73% gave it five stars).

It also raises the question, when Phillips’ next book, When Stars Collide, comes out this June…

Will I read it?