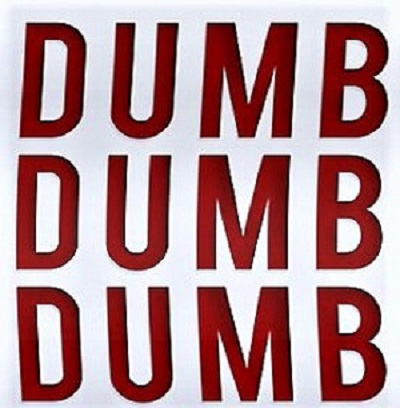 I am a sucker for a great song parody.

When someone combines a familiar melody with their own lyrics, and does it well, it’s a joy to listen to, and more than once.

Well, one guy – more about him shortly – took it a step further.  Many steps further.

And his parody wasn’t just done well – it’s brilliant, and clever, and also offers a message in a way that’s hilarious, topical, and true.

I first saw the parody video only recently, but story goes back in October 2021.

October 2021…before anyone had heard of “omicron” and now, omicron’s latest variant:

Which only makes the song’s message more relevant.

The video’s creator lives in Topeka, KS and the story got local coverage, include KAKE-TV in Wichita:

The song he created is Wear a Mask, and the melody is Be Our Guest, from Disney’s Beauty and the Beast.  He fit his lyrics to the to that segment of the movie in a way that’s so seamless, it really does look like the animated characters are singing them.

And, oh – the lyrics are so great!  Just a sampling…

It’s a mask!  It’s a mask!
Heaven’s sake, it’s just a mask.
Such a shame that asking folks to follow rules gets you harassed.

You can shout, you can glare.
But, listen, Karen, I don’t care.
Never seen folks so dramatic over a f***ing piece of fabric!

And yes, some of the lyrics are R-rated.

So the creator wrote the lyrics and matched them to the visuals – but wait, there’s more.

He’s the lead vocalist, as well.

He is Noah Lindquist (pictured), a 24-year-old actor and singer.

And Noah and Ashley are joined by singing furniture and kitchenware:

With Noah singing all the characters in the chorus, too.

According to this article:

Noah was working as a barista in Topeka after the pandemic forced the cancelation of his performing jobs in Kansas City.

He’d recently watched Beauty and the Beast, and he’d sold a handmade mask at work.

The pieces came together, and the muse struck.

By the end of his lunch break he’d written almost the entire first verse.  He uploaded his masterpiece on October 17, and the YouTube video has racked up more than 3 million views.

Unfortunately…one of those viewers apparently wasn’t Shane McInerney, a passenger on a Delta Flight in January.

If he’d watched Wear a Mask, perhaps McInerney would have heeded the advice and done things differently on that flight.

McInerney (pictured), 29, a former Irish pro footballer, was flying from Dublin to New York, and then going on to Florida for a coaching job at a soccer academy in Daytona.

Instead of a new job at the soccer academy, he may have no job and a rent-free residence here:

It appears that McInerney:

At one point, when the pilot came out of the cockpit to speak with McInerney about his behavior…

And that “Moons” part of the headline?

After his trip to first-class, in the process of being escorted back to his seat, McInerney:

“…pulled down his pants and underwear and exposed his buttocks to the flight attendant and passengers sitting nearby.”

No image of that available.

He concluded his “insane mask meltdown” as the aircraft made its final approach to JFK when he disobeyed the orders of flight attendants, standing up in the aisle and refusing to sit back down.

A true athlete – McInerney covered all the bases when it comes to breaking the law and assaulting people.

When the flight landed at JFK, McInerney was arrested by airport police.  He was admitted to Jamaica Hospital for medical and psychological evaluation after the flight landed, according to prosecutors.

McInerney was released on $20,000 bail pending his trial and was required to seek mental health care at his arraignment on January 14 in Brooklyn federal court.

When your name is at the top of one of these…

…it is some serious shit.

The offenses carry a maximum penalty of up to 20 years in prison.

Wear a mask!  Wear a mask!  Get your head out of your ass!
Try to think of someone other than yourself – it’s all we ask!

Well, at least we know Shane is taking all this seriously.

He’d made it down to Florida by mid-January, posed for some pictures and posted them on Instagram:

Perhaps the lady is his psychiatrist?

On his post McInerney wrote, “Great to be back in the sunshine state.  Blessed to call this place home for the next few months.”

Yes, a few months and then, perhaps…

And it all started because he refused to…