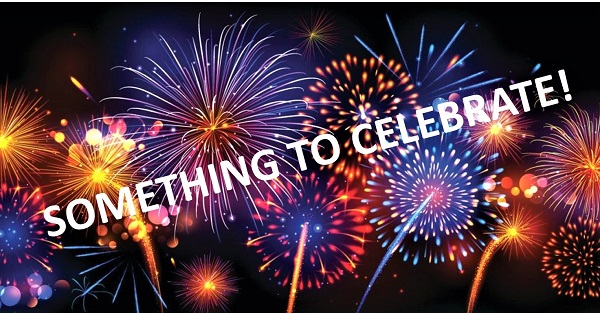 It’s no news that our country is extremely divided.  We often hear, read and see evidence of that, like this June 25, 2022 article:

So on this Independence Day holiday, let’s take a break from all that.

Let’s take a journey across the U.S. to celebrate that for all our divisiveness, our 50 states still have a lot in common.

I’m not referring to officials, as in politicians.

Meet the big-eared bat, the official state bat of Virginia – so designated in 2005.

Virginia, and all states, have a list of “officials” – the expected ones like official state flags and state seals and state mottos.  Such as:

And all states have unexpected officials, as I’ve now discovered.

Officially designated in 1998, Kool-Aid was developed in 1927 by Edwin Perkins and his wife Kitty of Hastings, NE.  The original Kool-Aid had six flavors, but today you can slurp up dozens, including sugar-free.

And Alabama?  Check out their official state crustacean:

This became official in 2015, and it’s OK if you call brown shrimp by its other names:  brownies, green lake shrimp, redtail shrimp, golden shrimp, native shrimp, and summer shrimp.

And how about Idaho?  No surprise here:  an official state vegetable:

And a museum to go with it.  The potato became the official State Vegetable in 2002, and the museum pre-dates that – it opened in 1988, and is in Blackfoot, ID.

Now, you may have noticed I’ve used the word official a number of times.  But how does something become an official something?

State legislatures and the governor declare them so.

And it’s not just a bunch of politicians standing around one morning before the session starts, saying, “Hey – we don’t have a state pickle!  Let’s get one!”

Sometimes the process is started by residents who could benefit from having their item designated official.  You don’t think the idea for a state vegetable in Idaho just came out of nowhere, right?

Or, the request might come from schoolkids, perhaps as a class project to show how government works – all those committees and subcommittees and meetings and…

Or how the government doesn’t work.

Or maybe that official idea comes from you, because you think your state has a lack and you aim to fill it.  If Alabama has an official state crustacean, shouldn’t New Mexico, too?

Whoever the citizens are and whatever their motives, they must contact their state representatives to make a request for a bill.  If the representative has the time and inclination and agrees, they’ll draft a bill and introduce it.

The bill winds through the state’s legislative process and if both houses approve the bill, it’s sent to the governor for signing – and she/he can veto all or part of the request.  (“An official state pickle?  Seriously?”)

If the governor eventually signs, then the bill is enacted, and that entity is proclaimed a new state symbol.

You may be wondering – as I am – don’t state politicians have better things to do than debating their state’s official dance?

They do, but they’d rather discuss the Square Dance vs. the Funky Chicken.

And considering our current state of politics…perhaps that’s best.

Back to what our 50 states have in common.

According to the July/August 2022 issue of Food Network magazine, people in all 50 states have a “food specialty”:

The article didn’t specify Bowl of Red What, and considering that it’s Texas, perhaps that, too, is best.

Here’s the list from the magazine of all state food specialties, in case you were wondering about your state:

Another commonality among our 50 states?

All states have weird landmarks, according to this article:

This landmark is a life-size, styrofoam replica of England’s Stonehenge with 14-foot-tall foam-stone pillars, built in 2004.

And, according to this article:

Every state has an obscure fact.

Such as:  In 1986, Delaware became the home of the annual World Championship Punkin Chunkin Competition, the sport of hurling or “chucking” a pumpkin by mechanical means for distance.  The devices used include slingshots, catapults, centrifugals, trebuchets and pneumatic (air) cannons.

Alas, in 2016 injuries and lawsuits resulted in a suspension of the competition, so if you’re looking for a nice, gently used trebuchet like this one:

Just head on over to Delaware.

No what-do-our-states-have-in-common list would be comprehensive without mentioning that all 50 states have some weird laws – at the state, county and city level.  This recent article was helpful:

From this and other articles, I’ll pick three states – how about Connecticut, West Virginia and California?

A pickle must be able to bounce.  Well, that’s at least one of the tests used to determine whether or not a pickle is legally fit for human consumption.  Pickles dropped one foot should bounce, according to the Connecticut Food & Drug Commission.

If you see roadkill in West Virginia, it’s completely legal to take it home and cook it for supper.  The state law says that wildlife “killed or mortally wounded as a result of being accidentally or inadvertently struck by a motor vehicle” is fair game (get it?).  If you’re in need of recipes, Jeff Eberbaugh’s Gourmet Style Road Kill Cooking (pictured) was a runaway success in West Virginia when it was published in 1991.

Because my home, California, is the state with the highest population, and perhaps the greatest amount of weirdness, I figured it deserved recognition for three laws, not just one:

Our journey is coming to an end, and I’m getting hungry after all this research.

And the July/August 2022 issue of Reader’s Digest just happened to provide, as the magazine put it, “the 50 greatest ways to fill two slices of bread (or just one, or a bun, or a biscuit…).”

I’d barely turned to the first page and I was already salivating:

All 50 sandwiches looked/sounded so good, I came darn close to gnawing on the magazine.

And as far as that official pickle, even with all my research, I found no state with this…yet.

But eating pickles is something else our states have in common – Americans consume about 20 billion pickles every year.  We celebrate National Pickle Day on November 14; a number of states have Pickle Festivals; and no Pickle Festival would be complete without a… Pickle Queen!

This has been a fun journey, discovering that our 50 states have so much in common.

And all this called to mind the lyrics of a song from the musical Gypsy:

We have so much in common
It’s a phenomenon.
We could pool our resources
By joining forces from now on.

“…joining forces from now on.”

Now, wouldn’t that be…