Job hunting, at best, is the worst.  Whether you’re a recent college grad, a Millennial making your seventh job hop, or a sixty-something considering your sixth career change, you can’t read too many useless job-hunting articles with too many useless tips.

I have this on good authority from a headhunter – excuse me, “executive search consultant.”  Oh, I know thousands of people get in their cars every morning and go somewhere, but don’t ask me where.  Maybe a little early Christmas shopping?

2.  When you call someone they are never in. If you leave a message, they never call back. 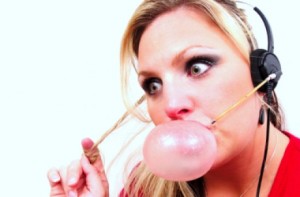 Companies post jobs in their “Careers” section on their websites that implore you to “Call Muffie at 619-555-7878.”  No matter what day you call, Muffie will not be in.  Muffie will never be in.  After much pleading, the surly receptionist may deign to take down your name and number.  I suspect she uses the message slip to discard her latest wad of gum.

This is another way of saying “Your salary will be chopped liver because you’ll have the privilege of working in a glamorous environment with a fabulous growth rate and unlimited earning potential at a four-star corporation.”

So you wrote a brilliant cover letter and emailed it, along with your equally brilliant resume, and now, three days later, you’re doing your follow-up phone call.  If you actually get past the secretary (with her snotty “I-have-a-job-and-you-don’t” voice) to the director of Personnel, excuse me, Human Resources, listen for these key phrases and know what you’re really hearing:

Contrary to popular belief, composing a good resume is not an art form.  Lying on your resume is.  Since nobody reads past the first three sentences anyway, feel free to list positions like “Chairman of the Board, Naganishi Motors” and “Chief of Brain Surgery, Vienna General Hospital.”  If someone actually reads that far into your resume, smile modestly, say, “Yes, but I don’t like to brag,” and change the subject.

Go ahead, have some fun with it!  What you say in an interview is mostly irrelevant, since the interviewer knew two seconds after you walked in if she’s going to hire you or not.  Mostly it’s “not,” especially if your palm was sweaty when you shook hands.  So… 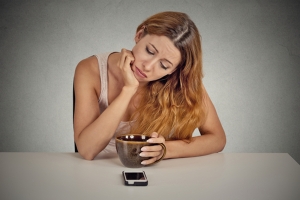 8.  Have some questions prepared for your interview.

I don’t mean stuff like “How many product lines are you currently marketing?” or “What is your anticipated growth rate for this fiscal year?”  I mean important stuff like “Where is there to park around here?” and “What’s a good place for lunch?”  You don’t want to walk into this blind, do you?

9.  Have some answers prepared for your interview.

Interviewers often ask prospective employees why they want to leave their current jobs.  “Because my boss is gravy-sucking slime” is succinct, and probably true, but a little tact comes in handy here.  “I want to take on more responsibilities!” and “I’m ready for more challenges!” score high with interviewers, but only if you say them with a straight face.

“Dear Mr. Smith, Thank you for fitting in our interview between lunch and your handball game.  I can certainly appreciate how busy you are – you took five calls and had a meeting during the 15 minutes I was there!  One day I hope to emulate your multi-tasking skills!  I’ve enclosed another resume since you couldn’t find the one in your wastebasket that I sent last week…”

11.  Take another look at your current job.

Maybe a dead-end, boring, enervating, degrading and/or low-paying job isn’t such a bad thing after all.  The President of the United States is in a dead-end job, isn’t he?  He knows he could be out of work in a few years, so at least you’re better off than he is.

Be honest.  Do you know anyone who attended a seminar and then went out and found the job of their dreams?  And who needs to spend $1,000 to hear som 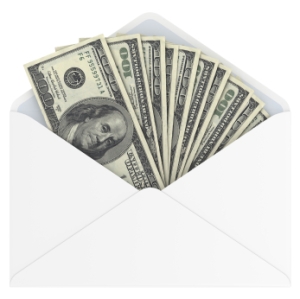 eone talk about “Systematized Management Concepts” or “Using Humor in a Termination”?  Save your $1,000.

Darned if I know why.