Short version:  Three skunks out of a possible four. 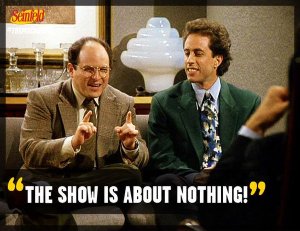 Back in the 90s there was a TV sitcom called Seinfeld.  It became iconic, famous for being “a show about nothing.”  I’m going to rephrase that slogan for John Grisham’s Camino Island:

A Book About Nothing.

In an earlier book review I noted that, since I was having issues with a New York Times best seller, rated at 4.5 stars on Amazon, that perhaps the problem with was me, not the book.

I’ll have to take that notion to the next level with Camino Island.  I didn’t like it, but 375,462,509 Amazon reviewers (OK, I’m exaggerating a bit) give it four stars.   And it’s been on the NY Times best seller list for many weeks.  Maybe years.

In fact, because the author is John Grisham, Camino Island was on the NY Times best seller list before it was published.  No, wait – before he even wrote it. 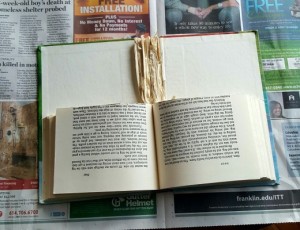 I’m wondering if someone out there who read a different Grisham book and realized their version was also missing a chunk – could you send your version to me?  So I can read the whole story?

Camino Island has no plot.  No what-will-happen-next? tension.  And – sorry, Mr. Grisham – no blockbuster movie potential.  Unless someone hires a highly skilled screenplay writer and says, “Put some mystery into this.  And excitement.  And, oh, yeah – a plot.”

Here’s what that unfortunate screenwriter has to work with:

And how about our female protagonist, writer Mercer Mann?  She, the book’s cover description promises, “learns far too much, and there’s trouble in paradise as only John Grisham can deliver it,”  Actually, she:

You know – the part with tension.  And excitement.