The Beatles’ famous hit Yesterday was first released in 1965.

And yes, I realize that was not only in the last century, but the last millennium.

According to Wikipedia – that source of all information, accurate and otherwise – the song has been analyzed, marginalized, lionized, and trivialized.  It’s also been recorded by more than 2,000 people, some of them decent singers.

of The Beatles’ version as “truly inspired,” citing it as an example of “[Lennon and McCartney’s] flair for creating stylistic hybrids,” then going on to praise the “ironic tension drawn between the schmaltzy content of what is played by the quartet and the restrained, spare nature of the medium in which it is played.”

Because the song has been recorded so many times over so many years – as recently as May 2017 – you’ve no doubt heard it, even if you

weren’t born in the last century.  Or millennium.  Perhaps the Motown version by The Supremes in the elevator.  Or the country version by Tammy Wynette in your dentist’s office.  Or that 2017 version by Guy Lee, piped into the bathroom late at night at the bar where you were hoping to get lucky. 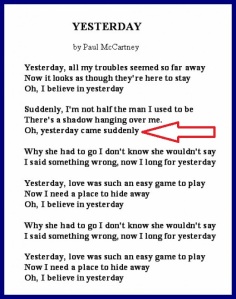 myself actually thinking about the lyrics, which is something most people don’t do with most songs from the 60s.  And one lyric in particular really started to bother me:

What does this mean?

By definition, “yesterday” means “time in the immediate past,” the key word being “past.”  Yesterday is over.  It’s history.  And history is immutable.  It can’t “came” or “come” or “go” or do anything but be in the past, not “suddenly” or slowly or in any other way.

So how could yesterday “came” suddenly?

If Lennon and McCartney had written “It changed yesterday, so suddenly,” that would make more sense.  His troubles had “seemed so far away” but she went away and everything changed and now his troubles are “here to stay.” 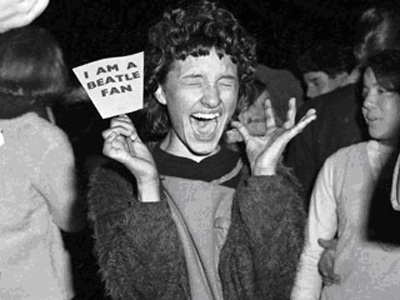 Come on, you know it doesn’t.  No matter how big a Beatles fan you are.

So flummoxed was I over the meaningless meaning of “yesterday came suddenly” that I was overwhelmed with an urge to write my own lyrics in response.  Here, without further ado… 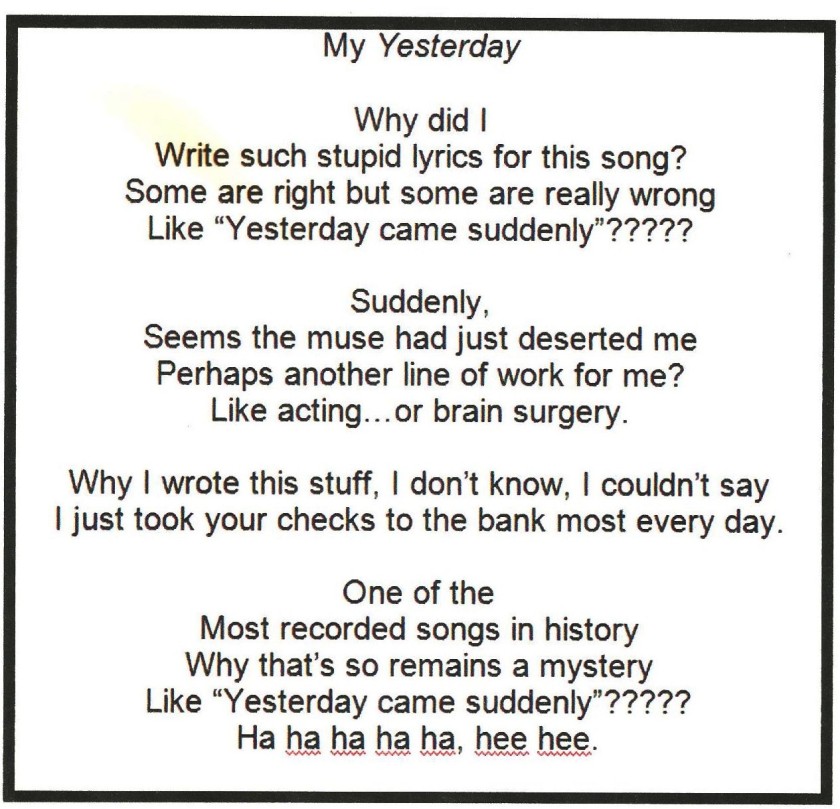