In addition to being obsessed with her “fat” thighs, Joan is also doing something so typical of women:

Women do this all the time, and if you don’t believe me, then pay a compliment to female friend, family member or co-worker and listen for the “but.”  It’s coming. 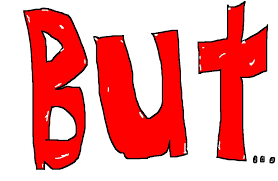 Better yet, when someone pays you a compliment, listen for the first word out of your mouth.  It likely will be “But…” followed by a self-deprecating remark.

Women excel at this – both the “but” and the self-deprecating.

I’d long thought “buts” and self-deprecating were an all-female domain until I read an article by Bryan Falchuk, described, at the article’s end, as an “author, public speaker and behavior change specialist.”

Falchuk talks about wanting us to stop the “but,” focusing mostly on “but” in the workplace.  He starts with himself as an example and…

Indeed they do, according to Falchuk, who cites a conversation after he’d given a big presentation.  A colleague complimented him, and Falchuk’s immediate response was, “No, I totally messed up that section…”

“I could not even start by saying thanks,” Falchuk says, “before pointing out my failure.”

In and out of the workplace, Falchuk encourages people to do an exercise he calls “Stop the But.”  “We are so entrenched,” he says, “in self-deprecation or denying our achievements that we end up framing ourselves with mediocrity at best or incompetence at worst.”

I figure there’s enough out there that knocks us down – why do it to ourselves?

Maybe this is something even Congress can agree on:  the establishment of a National I-Can-Accept-A-Compliment Day.

Maybe even world leaders can agree to an International I-Can-Accept-A-Compliment Day.

Heck – let’s make it every day.

And maybe Joan will stop talking about her thighs. 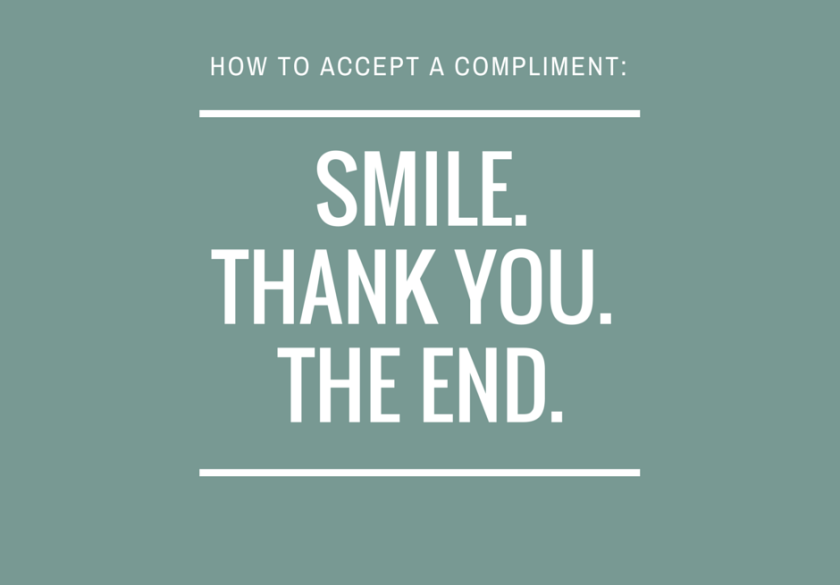