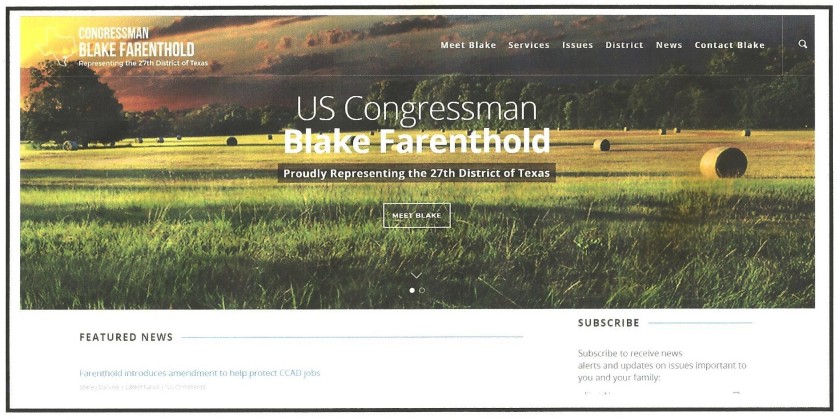 You resigned on April 6.

You’re no longer “Representing the 27th District of Texas,” proudly or otherwise. 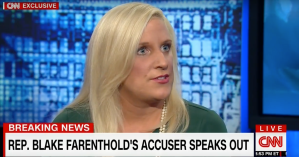 It seems that back in 2014, your aide, Lauren Greene, leveled accusations against you including that you’d subjected her to sexually suggestive comments and behaviors.

She complained, and you fired her.

You posted a video denying her accusations.

All normal so far.

Greene filed a lawsuit for sexual harassment, gender discrimination and a hostile work environment.  You privately settled the case in 2015.  The settlement was $84,000.

On April 7 CBS News said your “estimated net worth in 2015, according to data from the Center for Responsive Politics, was $5.8 million.”

And yet you used you’d used taxpayer dollars for that $84,000 settlement.

And you didn’t even both to deny it – in December you publicly promised to reimburse the Treasury Department.  Again, according to CBS, you said, “I’m doing my best and am going to hand a check over this week to probably Speaker Ryan or somebody and say look here’s the amount of my settlement, give it back to the taxpayers.”

Apparently back then no one questioned why you used taxpayer money.  I suspect your answers would have been, “That’s what everybody around here does.”  And, “I thought I could get away with it.”

So that was last December.

You were facing an investigation by the House Ethics Committee, and on April 6 you “abruptly resigned.”

And neither have we taxpayers.

In your resignation video you said, “It’s been an honor and a privilege to serve.”

Yes, our Congress is a great place to serve.

Serve yourself, that is.