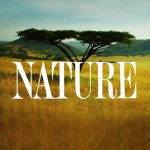 When PBS airs Nature I know I’m in for a treat.

The photography is amazing, the narration is informative and sometimes humorous, and the animals are at their best – living their lives in the wild where we’re privileged to join them for awhile.

I recently enjoyed a new Nature mini-series, Super Cats.  The series featured plenty of time with large and small wild cats including lions, tigers, bobcats, the elusive snow leopard, Africa’s black-footed cat – called “the deadliest cat on the planet” – 31 cats in all.

But without a doubt the coolest cat was the one with partially webbed feet.

It likes the water.

When it’s hungry, it goes fishing.

Fishing cats are about twice the size of domestic cats, weighing between 11 and 35

pounds.  They live in south and southeast Asia, and we find them near water because that’s their primary hunting place.

They’re handsome cats, with dark stripes on their face and shoulders, and spots on their sides and legs.  Fishing cats’ bodies are muscular, and their legs are shorter compared to cats who chase their prey across wide, open spaces.

And then there are those webbed feet.  They come in handy when the fishing cat is perched on a rock, waiting to scoop up a fish, and the webbing is equally useful as the cat glides through the water and then… 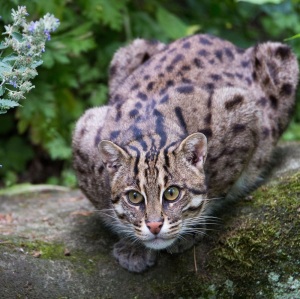 That webbing between their toes also keep fishing cats from sinking when they’re walking across muddy wetlands, and they do sometimes hunt away from streams and lakes – their diet can include snakes, rodents, young deer and yes, they’ve been known to invade farmer’s chicken coops.

Super Cats features a segment with a mother fishing cat showing her two kittens water for the first time – and they’re curious, but nervous.

The mother demonstrates her expert hunting technique, moving smoothly through the stream and catching a fish in her mouth.  The kittens learn that water can mean food, but catching that food, well…

Like so many animals in the wild, fishing cats are threatened by loss of their habitat.  The International Species Information Service lists only 256 worldwide, with 68 in U.S. zoos.

So I’m grateful I was introduced to, and have the chance to appreciate, a cat that doesn’t sing for its supper…

But sure can swim for it.