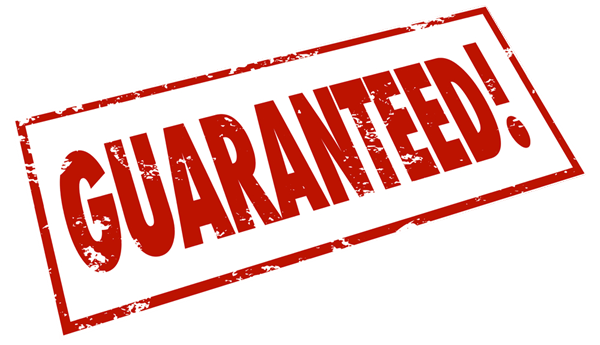 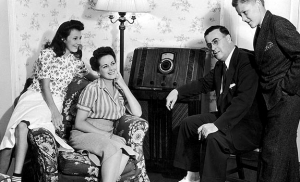 And commercials have been around since before television.

That’s right – on-air commercials started with radio.  When radio was a new medium, its primary function was delivering commercials to listeners, for which the radio stations and/or networks were paid by the advertisers.

But the guys in charge knew that people wouldn’t listen to nothing but commercials all day and all night, so they came up with the idea of putting on programs to break up the

Radio existed to bring you commercials, not programs.  The programs were just padding.

With so many commercials it’s inevitable that there would be some real stinkers, and a recent 30-second Senokot TV commercial has to be the biggest stinker of all.

The setting:  A woman and man are in a bakery.  He purchases two coffees at the counter, turns and bumps into her. 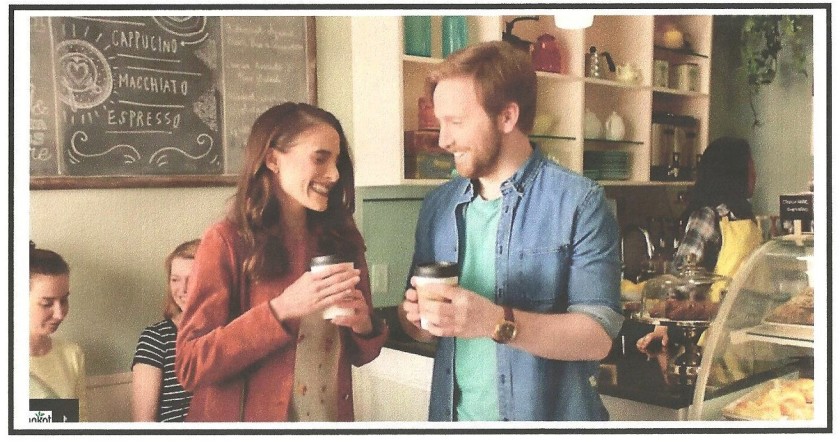 He smiles and says, “Sorry – first dates can be a bit uncomfortable.”

She responds, “Yeah, I know.  Kind of like my constipation.”

The man, eyebrows raised, looks puzzled.  This would have sent any normal guy running for the door, but we haven’t heard the advertiser’s message yet.

He appears to gulp, and perhaps looks paler than a few seconds earlier.

Since when is this a topic on a date, let alone a first date?  Is the advertiser suggesting that this is normal, that this is what dating people talk about?

At 14 seconds into the commercial, this graphic appears:

Of course, for the remainder of the commercial we do nothing but talk about it.

Then comes the announcer, and a new graphic: 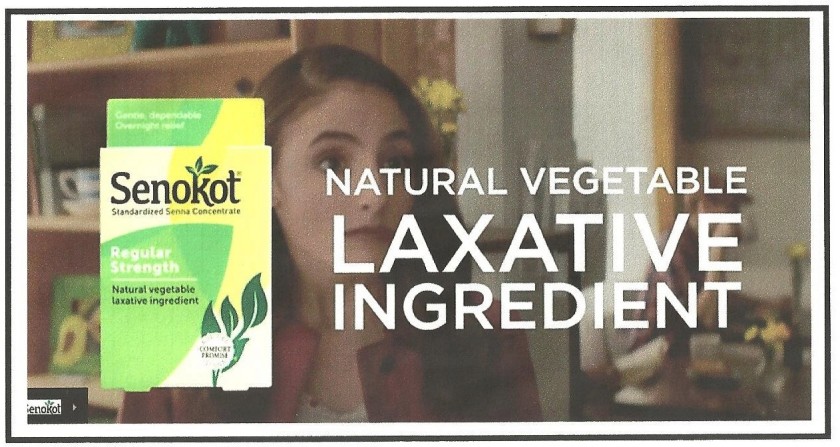 She says, “Did I make it…more uncomfortable?”

By “it” I assume she means the awkwardness of a first date, not the state of her bowels.

OK, the end is in sight. 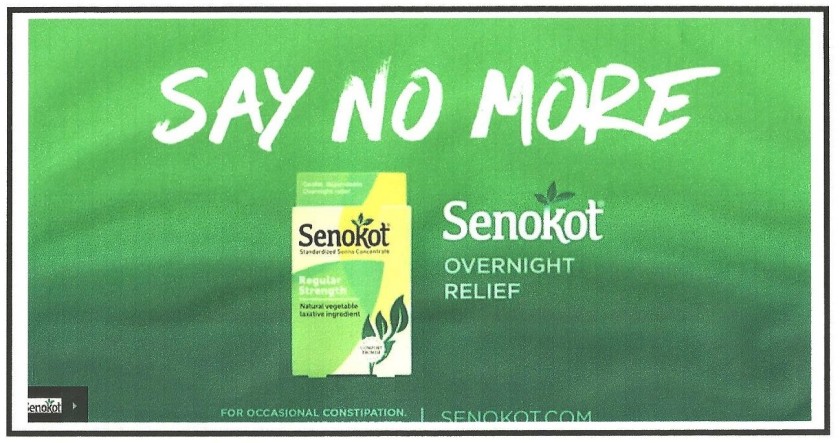 Announcer:  Say “No more” to occasional constipation with clinically proven, effective Senokot!  Satisfaction guaranteed or your money back.

I think the guy should get back his money back for the coffees, and now run for the door.

Just think of all the people involved in getting this commercial from concept to in your face:  Creative director, art director, writers, director, editor, lighting and sound crew, hair, makeup and set styling people, actors, set builders, graphics designer, announcer, plus the Senokot people who approved the commercial.

They all thought this message was going to make viewers say, “Wow, that convinces me!  From now on, it’s Senokot for my occasional constipation!” and run right out and buy some.

Viewers who, I’ll mention, are eating dinner, because the only time I’ve seen this commercial is at dinnertime.