It was, in fact, “her first solo domestic overnight trip in her official capacity,” according to Time magazine.

Now, POTUS was inaugurated January 20, 2017, which, by my count, was two+ years ago, so I think it’s safe to say our FLOTUS is not one to rush into anything.

The purpose of FLOTUS’ trip was to promote her BE BEST campaign, which she launched back in May 2018.

Yet another indication that our FLOTUS is not one to rush into anything.

On this trip her destinations were:

In addition to Time, other important members of the media covered FLOTUS’ trip, such as Footwear News.

How has this important publication escaped my notice?

Upon FLOTUS’ arrival in Tulsa, Footwear immediately got to the bottom of things by focusing on… 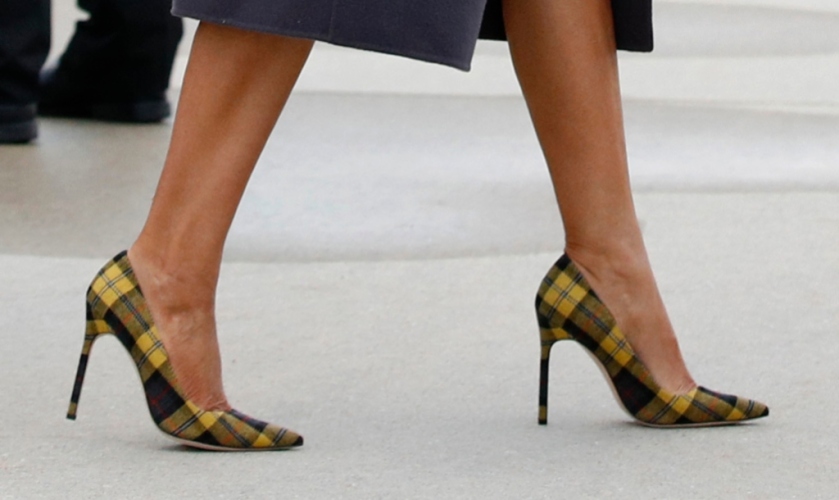 Add, for those of you who must have them, “The same model is available in white, black, gray and red for $695 on Barneys.com.”

As FLOTUS departed, one student summed up her visit succinctly:  “She is, like, the first lady, and I was like, whoa.”

Apparently this school “incorporates character education in its curriculum” but not, I guess, grammar.

FLOTUS then flew to Seattle and visited the Microsoft campus in Redmond.  While at Microsoft, employees demonstrated how they use technology to limit their teenagers’ screen time…

And control the websites kids can access and who can see what they’re doing online: 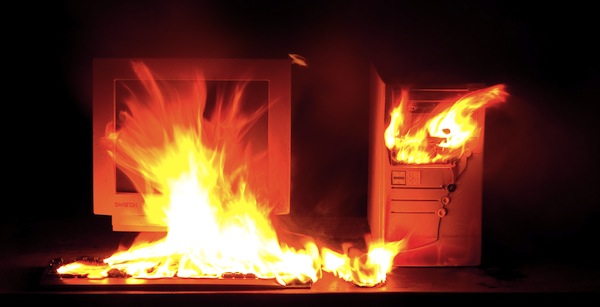 FLOTUS arrived in Las Vegas and happily, so did Footwear News:

This time FLOTUS was wearing “Christian Louboutin pumps featuring a low-cut topline and vamp on a 4.7-inch stiletto heel.  Louboutin’s pointy So Kate pumps retail for around

And USA Today noted that FLOTUS’ ensemble included a “belted navy-blue dress with a pussy bow.”

As FLOTUS made her way to the Westgate Las Vegas Resort for the town hall meeting, POTUS was doing his part, tweeting an offer of “Free admission for the first 1,500 people!” to the already free event:

Distinguished guests in the half-filled theater included an Elvis impersonator, which no meeting about the opioid crisis should be without.

FLOTUS responded to challenging questions with thoughtful answers including:

No, she “hasn’t had time to do any cooking yet in the White House” (remember, she’s only been there two+ years), and “a good meal for the Trump family is spaghetti.”

Yes, she “just renovated the White House bowling alley and it looks beautiful.”

And at some point, talked about the opioid crisis.

Then FLOTUS went home, and the Elvis impersonator realized that inspired by her – he, too, could BE BEST: