But first, a grammar refresher.

We have something in the English language called passive voice.

While it doesn’t make you a bad person to use passive voice, it’s generally considered a grammar “don’t.” 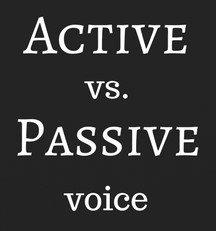 Here are some examples:

Passive Voice:  A request was made.
Active Voice:  John made the request.

The tricky thing about passive voice is that it hides the identity of the person doing the action.

This came to mind when I saw coverage of the president’s – POTUS – recent state visit to Japan.

But some White House officials thought it would be better if the president did not see the Navy’s USS John McCain guided-missile destroyer:

The ship is in Japan, docked at the base in Yokosuka, undergoing repairs.

To put it mildly, the Senator McCain and the president were not Best Friends Forever.

After POTUS returned to the U.S., the Wall Street Journal broke this story:

Suddenly the media stopped talking about emperors and sumo wrestlers – this was all anybody wanted to talk about.

And this is where that passive voice comes in:

“A request was made to the U.S. Navy to minimize the visibility of USS John S. McCain, however, all ships remained in their normal configuration during the President’s visit,” Rear Admiral Charlie Brown, chief of information, said in a statement to NBC News.

See that “request was made” passive voice stuff?  See how the person/persons who made the request is/are not identified?

The U.S. military is very big on passive voice.

In addition to minimizing the visibility of the ship, the Navy has also been trying to minimize the impact of this story:

If they’d just talked to me, I could have given the Navy some suggestions for minimizing the whole thing:

The USS McCain is 505 feet long, so make sure it’s a VERY big tarp.

Before you lower the canopy please note:  Those pontoons have to clear the ship’s 60-foot width.

You’ll want to advise her or him to make sure their nails are clean.

Option 4:  Consider installing a “No” symbol: 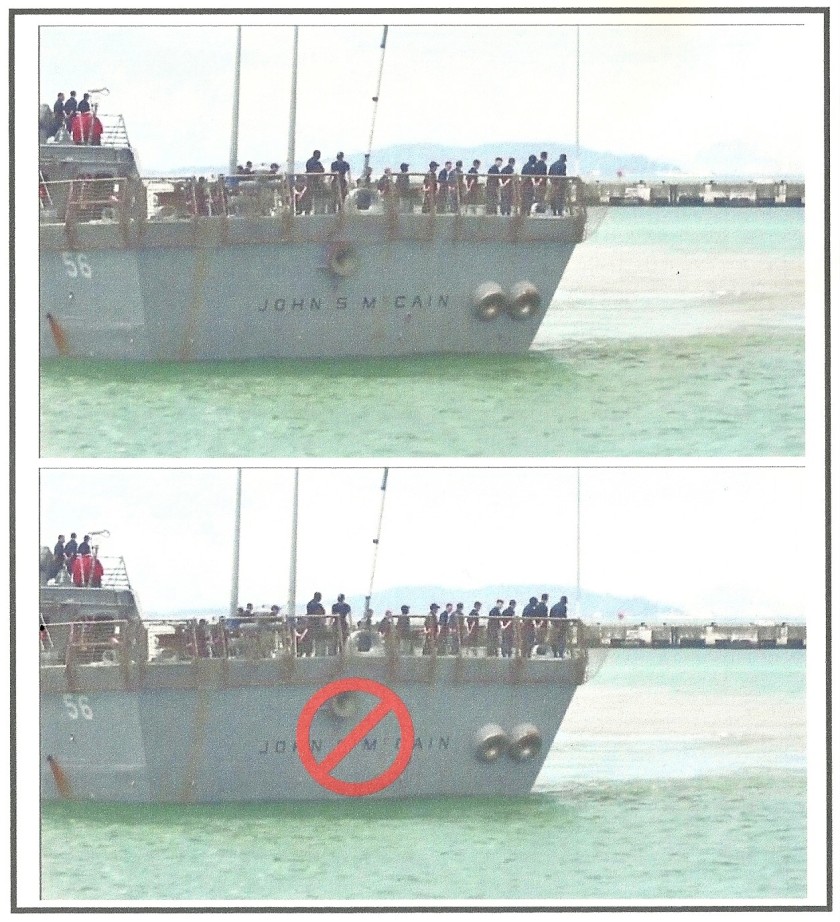 Option 5:  How about a nice dome lid:

Notice the flap on the front, for easy entrance and egress?

Any one of my suggestions could have been implemented with much less fuss than we’ve seen since the story broke.

“Could have been implemented” is passive voice.