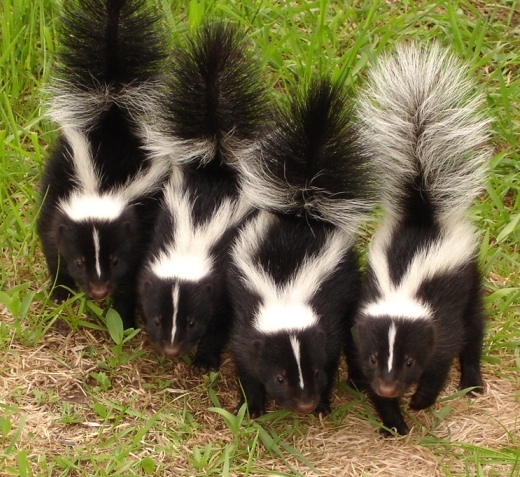 I’m a nut for English royal history, and when I encounter a book by an author I’ve never heard of, I want to know more.

I appreciate a new point of view, or a fresh take on familiar information.

I’d read other books about Marshal, and looked forward to Dymoke’s perspective.

I’d like to tell you where I stopped reading.

But the book’s pages weren’t numbered.

Seriously!  Have you ever read a book with no page numbers?

This was my first clue that the book had proofreader/editor/publishing problems.

Other clues quickly followed, so many that they became a real distraction from reading:  typos, missing or incorrect punctuation, run-on sentences.  Here’s an example of the 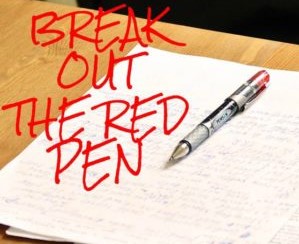 latter on page seven (which I know only because I numbered the pages myself):

“William Marshal was to his mind everything a man should be – well-made and strong with a face not handsome but with even pleasing features and a skin turned brown from the outdoor life he lived and with eyes that were blue, steady, and unflinching, and a mouth that could smile suddenly when one least expected it.”

Is your hand itching to reach for that red marking pen?

You can use it on this one, too:

“The song was catchy, the tune such that every page would be whistling it on the 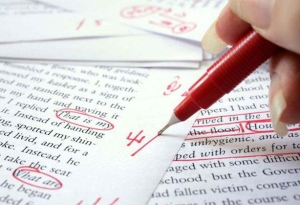 morrow, and the words a clever mixture of fairy tale and fact William, though he had little interest in music except for dancing which he had grown to enjoy – one moved about in the dance and he preferred that to merely listening to tedious readings or poems – nevertheless found himself startled by the words.”

Here’s just one of the typos:  “…torn by loyalty to a stem master.”

“Stem master”?  Should that be stern master?

Then there’s the page where some of the text was justified – and some wasn’t.

Disgruntled, I went online to read about Juliet Dymoke.  She was born in 1919, died in 2001, and published more than 30 books, including a six-book series that included A Pride of Kings.

In the front of the book I learned that A Pride of Kings was “first published in Great Britain in 1978 by Nel Books,” but my version had been published in 2017 by Three Castles Media Ltd.

The Internet didn’t have much to offer about Three Castles Media Ltd., and the company doesn’t appear to have a website.  I did find something on CompaniesHouse.gov.uk that listed two employees and a street address in London for Three Castles Media.

But I don’t know how reliable that is, since that website has a disclaimer, “Companies House does not verify the accuracy of the information filed.”

So here’s what I suspect:  Three Castles is a two-person, two-bit publisher that somehow got permission to reproduce Dymoke’s six-book series.  That meant a new printing, but they failed to have a proofreader and editor check the galley proofs.

If Three Castles even got galley proofs.

Or have a proofreader.

Or have an editor.

Three Castles put the Kindle edition of the series on Amazon, and printed the first two – A Pride of Kings and The Royal Griffin.

They saved money with look-alike covers:

Because I paid for this mess.

True confession time:  I know my blog posts aren’t perfect, either.  And it’s not due to a lack of proofreading/editing on my part.

Writers are notoriously bad at editing and proofreading their own writing.

My blogs aren’t perfect because I’m not perfect.

But…no one is paying to read my blog.

The next time I’m buying a book, I’ll check to make sure it isn’t from Three Castles Media Ltd. 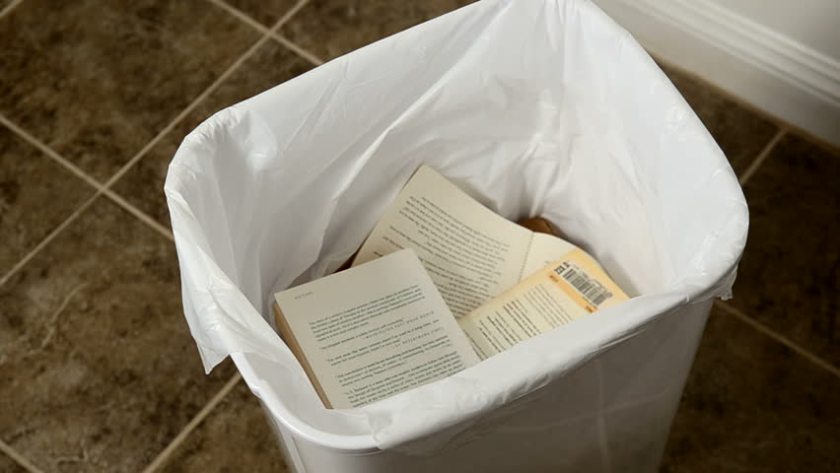