The phrase “white lies” is common, and it’s been around a long time – its origin can be traced back to a 14th-century letter:

“I do assure you he is vnsusspected of any vntruithe or oder notable cryme (excepte a white lye) wiche is taken for a Small fawte in thes partes.”

Yes, that’s how people wrote and spoke English in the 1300s.

And yes, my spellcheck went bonkers with it.

“White lies” recently appeared in this headline in the The Baltimore Sun and other publications:

The article was based on a survey done by SimplyHired.com, and “98% of respondents admitted to telling an untruth at work.”

The Simply Hired website had several interesting graphics, and I feel compelled to share a few.  This one because some of these white lies are new to me, and I’ll be adding them to my repertoire:

Though I don’t know if “I’m just tired” would work well in today’s workplace.

Because a lot of people are tired at work, according to an article that appeared soon after the white lies story:

This article suggests that “many people feel their jobs have been devalued by employers that increasingly assign a higher priority to shareholders and customers,” and notes:

“Keeping workers happy is a very low priority,” said Ruth Milkman, a sociologist of labor and labor movements at the City University of New York.

So we’re not happy at work, and we lie.

Lies that aren’t just a coping mechanism, but a survival strategy.

And a lot of this is in proportion to job satisfaction:

And the biggest days for lying are Mondays and Fridays:

And sadly, many workers have multiple circumstances to lie, because they’re working multiple jobs:

So, before I apply for a job I’d better update my resume “Skillset” list:

If this doesn’t help, then I guess I’ll just settle down and plan on working those 158 years. 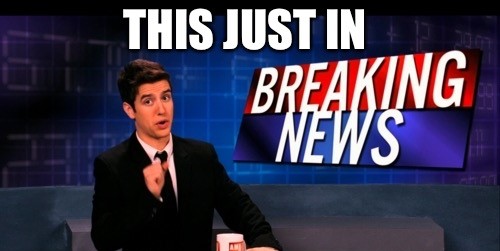 In mid-August the Business Roundtable made a huge announcement:

Well, they sort of said this.

The Business Roundtable – a group of 181 corporate CEOs – announced a new approach to the way corporations are going to do business.  They said…

Here are a few of those Roundtable CEOs, and their total annual compensation (TAC) as of April 19, 2019:

They said, “We feel your pain,” and when you look at their total annual compensation, you know that’s true!

They said, “So we’re going to change the way business does business!”

According to this article in The New York Times:

The article says that,

“…the Business Roundtable issued a statement on ‘the purpose of a corporation,’ arguing that companies should no longer advance only the interests of shareholders.  Instead, the group said, they must also invest in their employees, protect the environment and deal fairly and ethically with their suppliers.”

And Brian Moynihan (pictured above), Bank of America CEO said,

“You can provide great returns for your shareholders and great benefits for your employees and run your business in a responsible way.”

But…how will they do that?

What else didn’t they say?  As the Times article noted,

“There was no mention at the Roundtable of curbing executive compensation, a lightning-rod topic when the highest-paid 100 chief executives make 254 times the salary of an employee receiving the median pay at their company.”

So even though, for the past 20 years, the Business Roundtable’s published principles have stated that “corporations exist principally to serve their shareholders…”

“Several of the executives…said the group would soon offer more detailed proposals on how corporations can live up to the ideals it outlined, rather than focusing purely on economic policies.”

The Business Roundtable hasn’t told us how, or when, they’ll “invest in their employees, protect the environment and deal fairly and ethically with their suppliers.”

I do hope this isn’t more…

And until we learn more, this is me, waiting…