It was – air travel was fun.

Half-empty planes.  If you didn’t want the middle seat of three, or if you preferred a window seat over an aisle seat, or if the passenger in front of you dropped his seatback down into your lap – you just moved to an empty seat.  There were plenty of them. 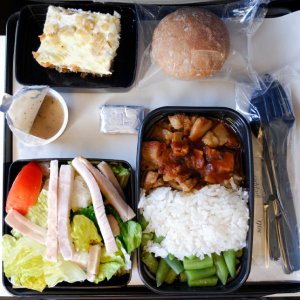 If the plane was a widebody, you could stretch out across the four or five center seats for a nice, long nap.  Pillows and blanket were free, and clean.  I’d stretch out, cover up, and mumble, “Wake me up when the food arrives” to a passing flight attendant.

And that food – while never great, it was free.  There were hot entrees, and you had a choice of entrees:  “Omelet or fruit plate?”  “Chicken or beef?”  And I’m not talking just in first-class – free food for us peons in coach, too.

There was a charge for adult beverages, but juices and sodas were free.  Now we’re lucky if we get a gratis glass of water.

That “now” brings me to “now” – and the latest in torture, I mean, in commercial air travel:

For 20 agonizingly long hours, passengers were trapped in a Boeing 787-9 for 10,200 miles of together time.

Now, this wasn’t a for-real commercial flight – it was a practice flight.  It was a “let’s see if this plane can actually fly non-stop from New York to Sydney” flight.

I doubt that Qantas put it quite that way to the passengers.

After all, what if the answer was…

Qantas Captain:  “Folks, I’ve got some good news…and some bad news.  The good news is, we’re only 100 miles from the coast of Australia.  The bad news is, this little experiment of ours has proven we can’t fly from New York to Sydney without refueling, so we’ll all be swimming those last 100 miles.”

As a hedge against this, the flight carried only 50 passengers and no cargo.  Some of the passengers were Qantas employees, who, prior to going, were told by their managers,

Qantas Manager:  “I’ve got some good news…and some bad news.  The good news is,

So, a few more practice runs and I guess Qantas will launch its regular service.

Well, I’ve got some bad news, too.  An airline can’t make any money with only 50 people on an aircraft that can be configured to hold up to 330 passengers.  And no cargo?  No profits there, either.

So I figure Qantas will pack that Boeing 787-9 full and begin a new phase in torture, I mean, in commercial air travel:

Twenty hours of this: 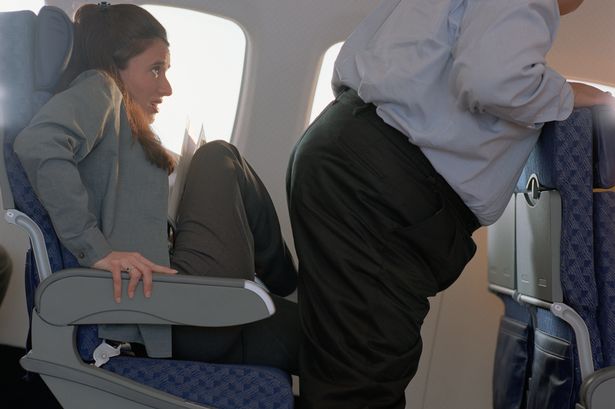 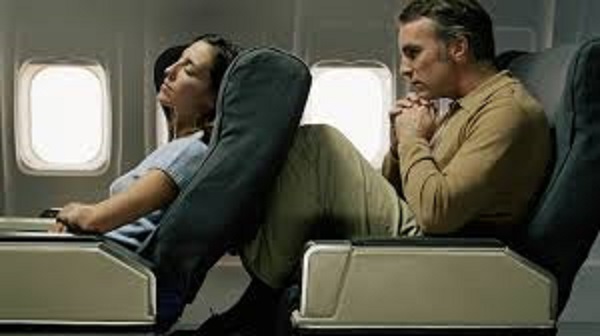 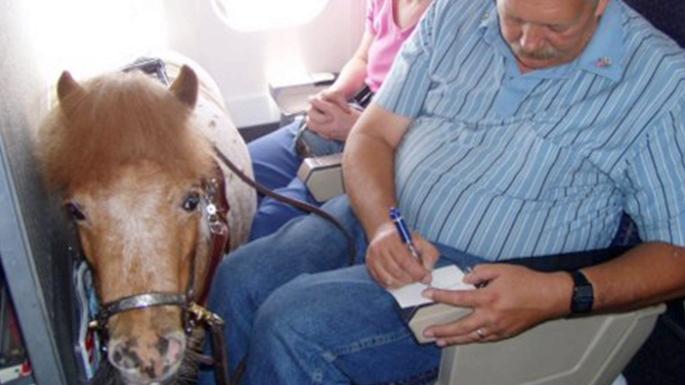 And, as so often happens, the flights will be overbooked.  But no worries – Qantas will accommodate you in the baggage hold with these passengers:

Qantas made this New York to Sydney trip in a practically empty Boeing 787-9.  It needs a plane that can make the flight with a full load, and as one article noted, the new Airbus A350-1000 “may have the necessary potential.”

Considering that we’re talking about making this trip in a Boeing aircraft, and considering Boeing’s recent headlines and history, perhaps Qantas should go aircraft shopping…