When I first heard about International Sloth Day I was pleased, assuming there was

finally a day honoring me.

If umbrellas get their day, shouldn’t I?

International Sloth Day is not all about me.

But…but…sloths and I have so much in common:

On the other hand, I’ll admit to some attributes I don’t share with sloths:

And there are some other attributes sloths and I don’t share.  For instance, there are six species, some with two front toes and some with three: 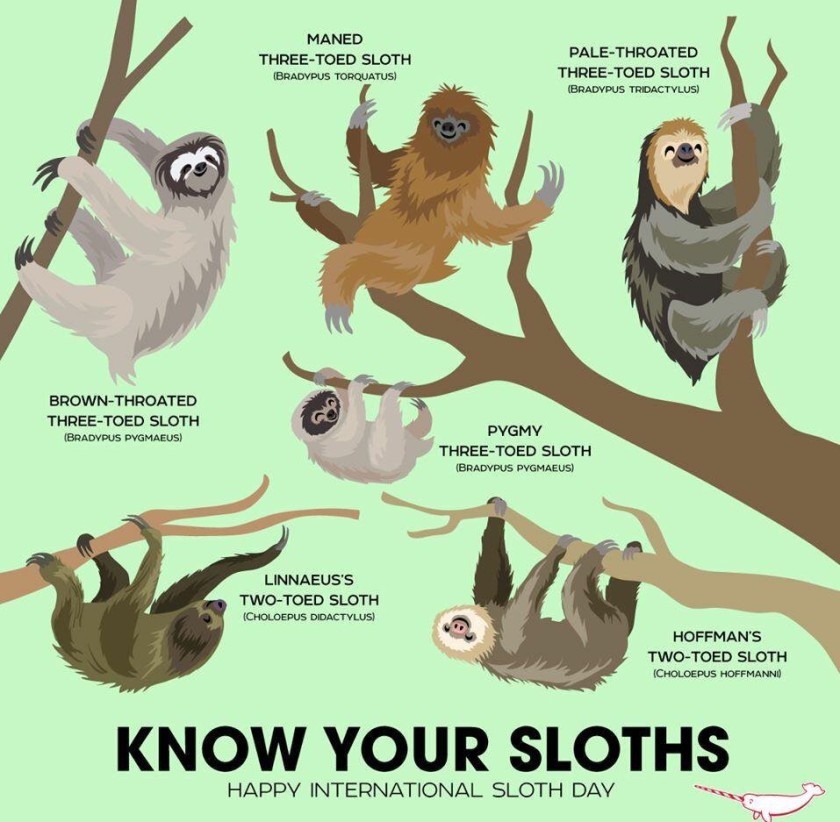 A sloth’s claws are perfect for hanging from tree branches, where they spend 90 percent of their time: 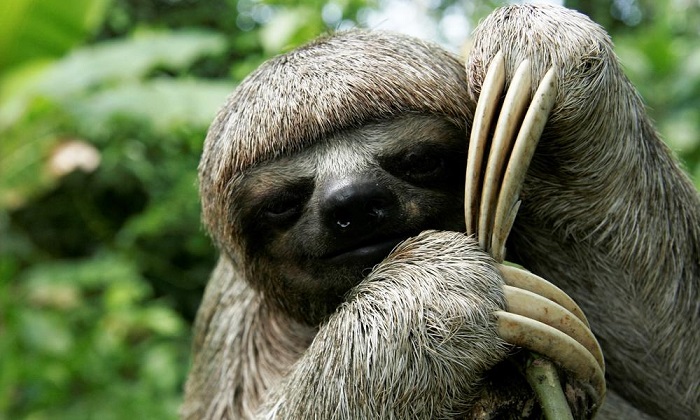 It’s hard to judge adult sloth size in pictures until you see how small one is next to a human:

Adults weigh only about eight to 17 pounds, and eat leaves, buds, twigs, fruits and occasionally, insects and rodents.  And while they may resemble monkeys or bears, their closest relatives are the armadillo and anteater.

Finally, to dispel a myth – sloths are the slowest mammals on earth, but not because they’re lazy.  Their incredibly slow metabolism requires them to conserve energy, and they’ve mastered this.

I often say the same, after a nice, long nap.

OK, I accept that Sloth Day wasn’t named after me.  So why and when did sloths get their day?

International Sloth Day was established in 2010 by AIUNAU, a non-profit foundation

dedicated to protecting all forms of wildlife.  Describing sloths as “shy, quiet creatures,” the goals of AIUNAU include reminding us humans that while sloths may be adorable, they make lousy house pets.  Sloths are best left alone in their Central and South American forests to survive and – hopefully – thrive.

And sloths are adorable.  As I read about them, a song by Anthony Newley kept running through my head.

So, to all sloths:  To show I don’t hold grudges, here’s my sloth tribute, with the lyrics from Newley’s Look at That Face: