Our federal and state governments are doing a piss-poor job – no surprise there – of educating us about REAL ID.

REAL ID – that thing you need to get on a commercial flight starting October 1, 2020.

Our governments are also doing a piss-poor job – again, no surprise – of educating us that you don’t need a REAL ID to get on a commercial flight starting October 1, 2020.

Well, which is it?

Oh, you can slog through the Transportation Security Administration (TSA) website, where they’ve got a timer counting down the days, hours, minutes and seconds to the Date of Doom, October 1, 2020:

But I promise it will strike terror into your heart when you read this:

You see where it says, “If you’re not sure”?

The TSA should update that to,

“If you’re not sure because we’ve done a piss-poor job of giving you the simple, straightforward facts about REAL ID even though we’ve had plenty of time since this became a law back in 2005…”

So you read “contact your state driver’s license agency,” which is a multi-word government way of saying…

And you want to get this resolved, so you call your DMV, and they put you on hold and you wait so long that…

But it’s not enough to just contact your DMV – you can’t just call them and say, “Those REAL ID things?  Could you pop one into the mail to me?”

If you want a REAL ID, you must go to your DMV:

And since, according to this New York Times article from early October: 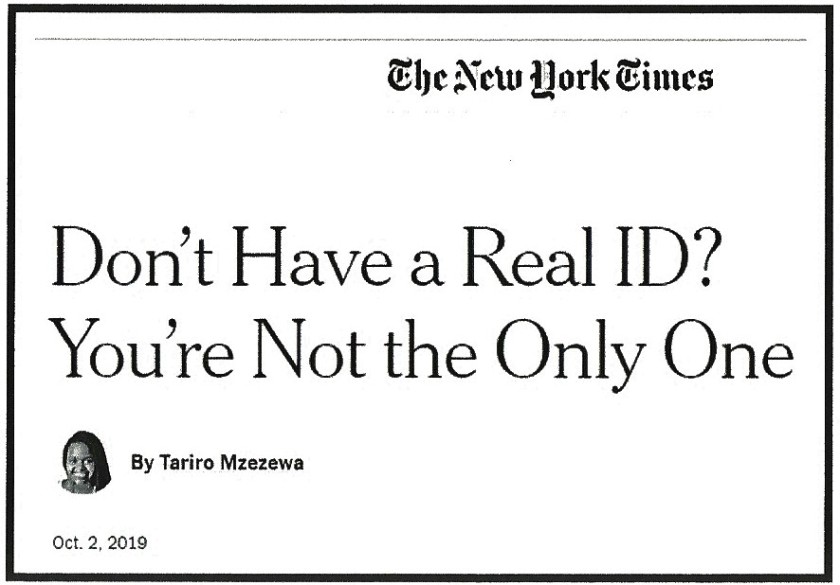 “99 million Americans do not have the REAL ID-compliant identification”

And half of them don’t even know about the REAL ID deadline.

That line to the DMV in September 2020 will turn in to this:

And these folks still won’t have gotten their REAL ID.

Earlier I said you don’t need a REAL ID to get on a commercial flight starting October 1, 2020.

And that’s a fact.

To get on a commercial flight starting October 1, 2020 you need:

Another acceptable form of ID* such as a passport.

Otherwise, as of October 1, 2020 – the Day of Doom – when you arrive at airport security, which will look like this: 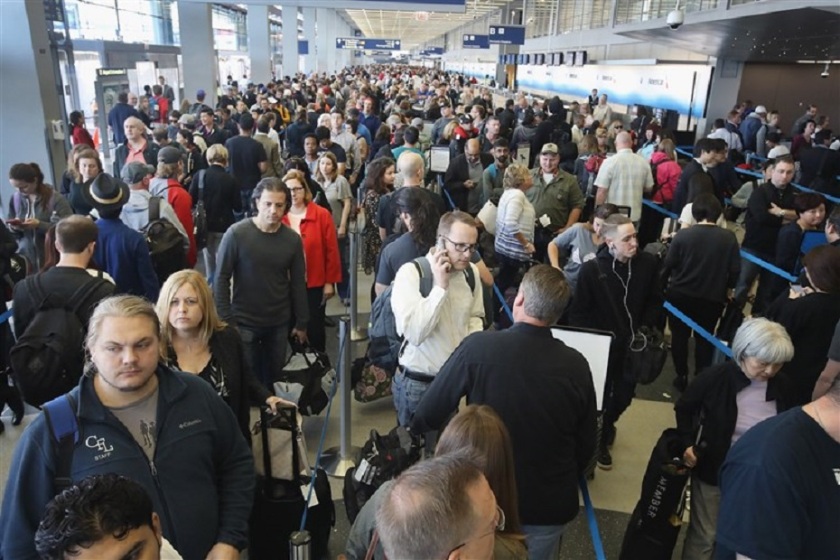 If you don’t have the proper documentation you will not be allowed through security and onto your flight.

Though I think “affect” is an understatement:

“If Real ID went into effect tomorrow, almost 80,000 people trying to board a plane would be denied on Day 1.”

Don’t be one of them: 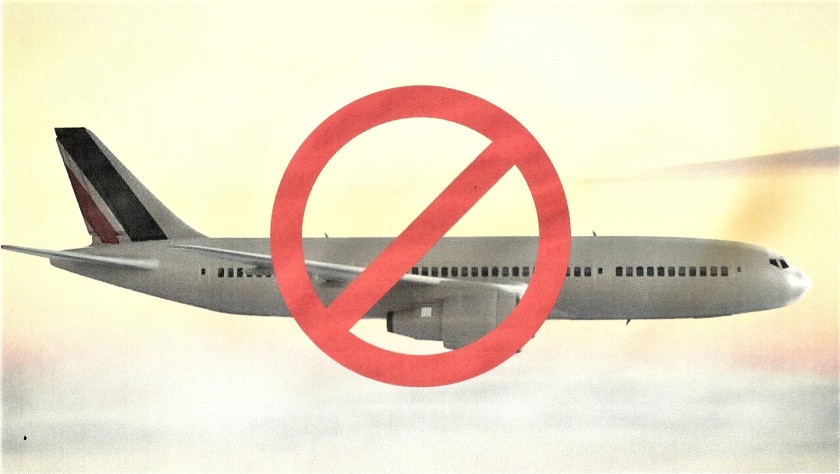 And speaking of doing a piss-poor job… 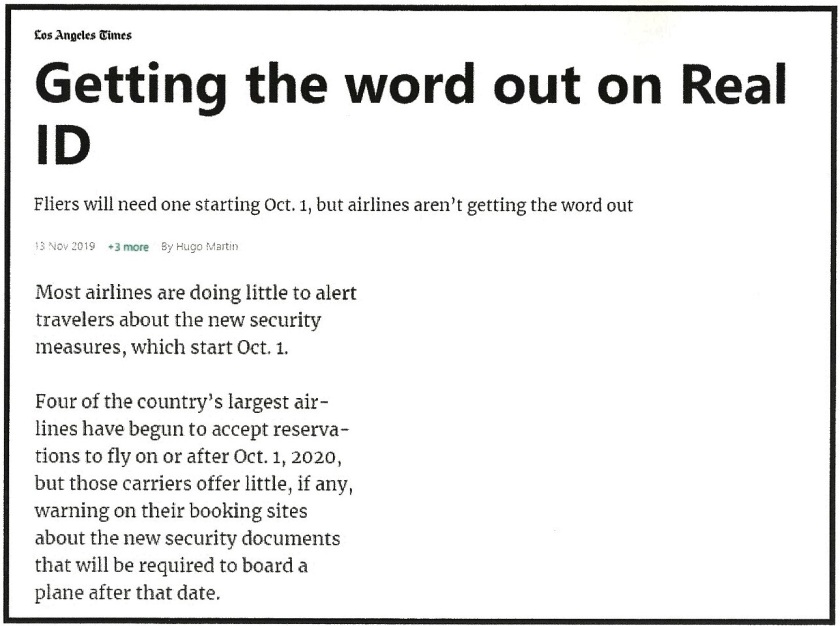 The airlines also aren’t doing squat about educating people about REAL ID and October 1, 2020, the Day of Doom.

Amidst all the bad news in this article was a problem that hadn’t occurred to me:

“Make sure you don’t leave on a September 28 flight and can’t come home after October 1 because you don’t have the proper documents.

The article leaves us with a very sad image, indeed:

“Imagine the novice traveler, a grandma who only travels once or twice a year.  She can’t come home to her family.”