Many of San Diego’s 1.5 million residents refer to their home as “America’s Finest City,” and with good reasons:

But there are some people – residents and visitors alike – who disagree.

Some of those are people who – unfortunately – make headlines like this:

Because they injured themselves when they fell on a San Diego sidewalk that looked like this: 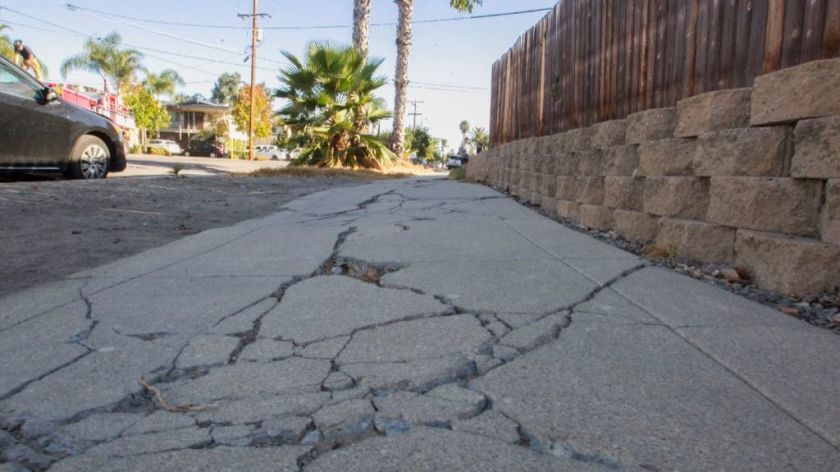 It appears that San Diego has a lot of sidewalks – around 5,000 miles – and many of those sidewalks are extremely funky

Plus any new problems that have arisen, and we can assume they have arisen: 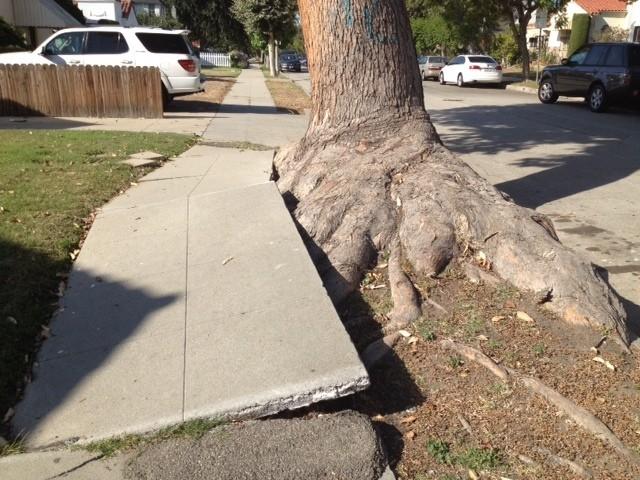 Sidewalks aren’t something most of us think about.  We stroll on them, jog on them, walk our dogs on them, go to work or out to dinner or to the grocery store on them.

All without thinking about them.

Sidewalks are just there, and we rarely look down at them.

Perhaps that’s what happened to bicyclist Clifford Brown in central San Diego in 2017 – he was watching where he was going instead of looking down at the sidewalk.

Brown was launched 28 feet on his bike which tore some of his spinal cord ligaments, knocked out several teeth and caused brain damage that left him incapable of functioning independently.

Not all injuries are as serious as Brown’s, and few, if any, settlements are as big as Brown’s – $4.85 million.

But even with smaller settlements, San Diego has been forced to cover more than $11 million in injury payouts for sidewalk lawsuits over the last five years.

To be accurate, “San Diego” didn’t pay more than $11 million – taxpayers did.

But who is responsible for sidewalks that look like this?

The answer:  “It depends,” said one helpful lawyer.

Again, according to the Union-Tribune:

“While the city is responsible for sidewalk damage caused by vehicle crashes, water main breaks and trees within the right-of-way, state law makes property owners responsible for the normal wear and tear of sidewalks adjacent to their property.”

OK, so property owners are responsible, and…

“Upon notification of a broken sidewalk, the city will mail the abutting property owner a notice of liability.”

And you, as a good citizen, start looking into fixing that #*%!#*! sidewalk.

Then, from San Diego comes this surprise:

More than $2,000 in city permit fees before you fix your sidewalk:

“While permit fees vary by location, city officials said they typically amount to more than $2,000 per repair.  That includes a traffic control permit, a right-of-way permit, a mapping fee, a maintenance fee, a records fees and an inspection.”

In San Diego you can’t just be a good citizen and hire a contractor to remove the broken sidewalk and replace it.

You must secure city permits as listed above. 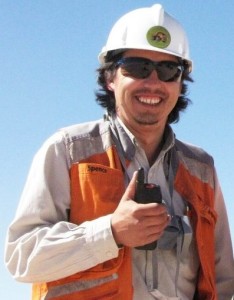 Let’s delve a bit into just what all that bureaucratic bullshit is for:

“Traffic control permit”:  This is the San Diego city employee in a hard hat and orange safety vest who, during your sidewalk repairs, stands at the curb next to the sidewalk, waving traffic by while he plays AdventureQuest 3D on his phone.

“Right-of-way permit”:  These are two city employees in hard hats and orange safety vests who will drive to the broken sidewalk location, look at it and say, “Yup, that sucker needs fixing.”

“Mapping fee”:  This is the city employee back at City Hall who uses Google Maps to pinpoint the exact location of the broken sidewalk, needed by the two “right-of-way permit” guys (above) before they go look at the sidewalk, even though they have GPS in their city vehicles.

“Maintenance fee”:  These are 16 city employees in hard hats and orange safety vests 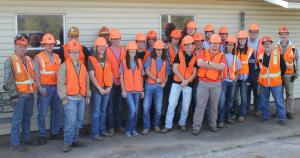 who stand around watching your contractor and crew repair the sidewalk, all the while debating if the San Diego Padres will still suck this season.

“Records fees”:  These are the five city employees in the Records Department playing AdventureQuest 3D on their phones with the “traffic control permit” guy, and will get around to recording your sidewalk repair…eventually.

“Inspection”:  These are the eight city employees in hard hats and orange safety vests who stop by after the sidewalk work is completed and say, “Yup, that sucker is fixed.”

So the property owner is hit with permit fees plus the cost of the sidewalk repair, and what often happens is…

“…the average repair cost to the homeowner is over $3,000, which is simply too costly for many homeowners.  As a result, very few residents pay to fix city sidewalks, and the backlog continues to grow, especially in low-income communities.”

And when you see all those fees San Diego tacks on to get your sidewalk fixed, you may very well think, “Nah.  If somebody gets hurt, let ‘em sue the city.”

Here’s the interesting twist.  Even though you, the property owner, are responsible for sidewalk repairs…

“According to the current policy and state law, the city remains liable for injuries that result from broken sidewalks.”

As mentioned above, San Diego taxpayers have been forced to cover more than $11 million in injury payouts for sidewalk lawsuits over the last five years.

But somehow, somewhere, a light bulb came on and someone said, “I’ll bet more people would fix their sidewalks if we got rid of those #*%!#*! permit fees!”

There are some catches, of course:

“The city will temporarily waive more than $2,000 in permit fees that property owners have been paying to fix sidewalks.  The fee waiver will take effect within 90 days and extend through the end of 2020, city officials said.”

But even with the time limit, I’m hopeful.

Perhaps in the upcoming months we’ll see a lot more of this:

And a lot less of this:

And likewise, not enough money to fix the problems – as in, a $2 billion gap, according to this article:

“To get a better handle on how dire the situation is, city officials for the first time divided the backlog of projects into two categories:  priority needs and discretionary needs.

“Priority needs are projects required by state mandates or that affect community health and safety.”

I thought that seemed like a reasonable first step and, of course – the sidewalks situation is something that affects “community health and safety.”

But the article continues:

“Discretionary projects are still deemed necessary for the city to achieve appropriate service levels in its neighborhoods.  But they are somewhat less urgent projects, such as sidewalks repairs, bike lanes and new library branches.”

As mentioned earlier, taxpayers have spent more than $11 million settling sidewalk injury lawsuits over the past five years.

But San Diego is putting sidewalk repairs in the same group as bike lanes – optional – and library branches, also optional?

No wonder this guy is smiling… 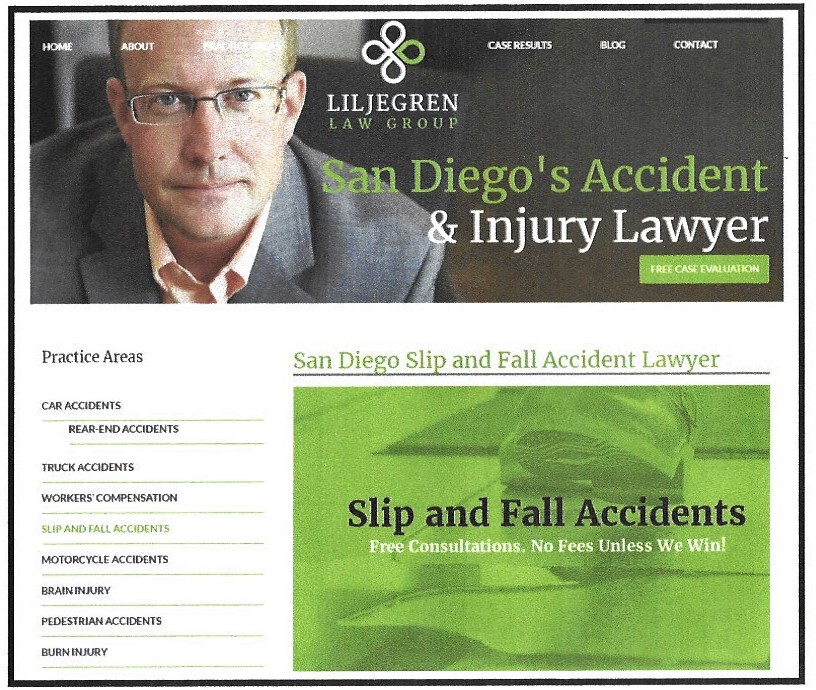