There is no end to the articles and expert interviews advising us on how to best cope with what is now being called “coronavirus-related anxiety,” like this one:

I say:  Get out of your TV-bingeing rut…

And find some new TV stations to binge on.

Two that I’d seen in my TV listing book – but never watched – are LIFE, short for

Well, I’m a woman, so maybe there’s something of interest here.

I perused LIFE and LMN in the TV book and found these movie titles all listed in one week:

Mommy is a Murderer 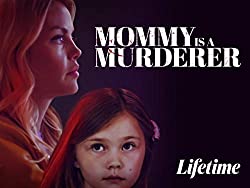 “Geared toward women”?  “Aimed at women”?

This is what television networks think women want to watch?

Appalled – and sensing an opportunity to heap scorn on someone (another good reliever of coronavirus-related anxiety), I decided to learn more.

My TV book listed titles only, so I went on the LIFE and LMN websites.  I discovered that all these movies were produced by LMN, but that week were aired on LMN or LIFE.

I decided to dive deeper into the three movies with “psycho” in their titles – I figure that word guarantees a peaceful and enlightening evening’s entertainment, right?

My Daughter’s Psycho Friend
When Sierra moves to Los Angeles with her family and goes to a new school, she encounters the devious and psychotic Lexi and her posse of friends.  Soon afterwards at a party, a teenager dies as a result of a Lexi prank.  When Lexi tries to frame Sierra for the kid’s death, Sierra fights back, putting her own life in danger.

condition requiring a special diet and physical treatment in order to live.  They hire a live-in nurse, Gwen, who plans to take Todd and their son from Mira in order to become the new mother of the household.  When Mira feels constantly fatigued and nauseous, it becomes clear Gwen is an “angel of death” who is intent on turning this family into her forever home.

InstaPsycho
When a selfie goes fatally wrong, Gwen must protect her daughter, Maddie, from her social media-obsessed best friend.

Clearly this is what you want to be watching while you’re desperately struggling to concoct homemade face masks and wondering if that CARES Act check is ever going to show up.

As for me, I think I’ll skip LIFE and LMN and keep perusing the TV book.  Let’s see…

Oh – reruns of The Jerry Springer Show.  I wonder what that’s about?

If you missed the movies I listed above, don’t despair – my TV book says you can catch these treasures starting tonight: 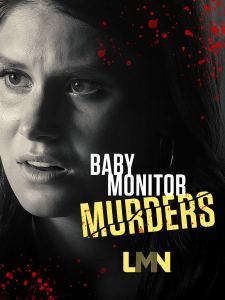