I actually feel sorry for the 75,000 employees of the Internal Revenue Service (IRS).

We tend to demonize the IRS because they collect our taxes, and we pay WAY too much in taxes to the federal government.

But that’s not the fault of the IRS.  It’s Congress that passes the laws, not the poor schlemiels at the IRS.

I also feel sorry for the IRS folks because the IRS is part of the Treasury Department, which means their boss is slimeball Treasury Secretary Steve Mnuchin.

“Why a slimeball?” you ask.

The writers summed it well when they said,

“Mnuchin’s boneheaded actions reflected his dominant characteristics.  He is a sycophant willing to debase himself, no matter how strongly, at the altar of Donald Trump.”

And I must include this March 2020 story:

A Fox News host criticized Mnuchin for dismissing an unemployment report that topped 3.25 million claims as “not relevant.”

So the folks at the IRS – most of whom, I believe, are dedicated, competent and hardworking – have to stumble and fumble along without anything resembling effective leadership.

“The program has, for the most part, run smoothly despite the amount of work that was required getting computers and multiple government agencies to play nice with each other.  The majority of taxpayers began seeing payments deposited into their bank accounts within two weeks of President Donald Trump signing the Coronavirus Aid, Relief, and Economic Security (CARES) Act bill into law on March 27, 2020.”

Perhaps the program was running too smoothly.

But then somebody, somewhere in the Treasury Department came up with the idea that for some of the people who hadn’t as yet been sent checks, the government could instead send them debit cards in the amount of money the recipients were due to receive.

I don’t know if this was Mnuchin’s idea or not, but it’s clear from this photo that he endorsed the idea:

Mnuchin handed a sample debit card to Trump during a Cabinet Meeting in the East Room of the White House on May 19.

And the government began mailing out the debit cards.

In envelopes that – for no clear reason – looked like this:

According to my research, a return address is not a requirement.  However, if the delivery address is incorrect, the Post Office has no way of knowing to whom the mail should be returned, and it may end up in a DLO, dead letter office.  Once there, it may be opened and either delivered or returned.

And there you sit, wondering when your stimulus money will arrive.

And maybe not just you – the government is sending blank envelopes with debit cards to four million people.

But…let’s be optimistic.  Let’s say the envelope arrives at your home.

What are the odds of you opening an envelope that the sender didn’t care enough about to include a return address?  At my house, mail like that is classified as junk, and tossed.

But…let’s continue to be optimistic.  You open the envelope, and there is this plastic card with your name on it:

How many similar cards have you received, unsolicited and unwanted by you?

The card is issued by MetaBank.

Ever heard of it?

There’s a letter enclosed with the card from the Money Network Cardholder Services.

Ever heard of it?

Here’s one of the examples cited in the article:

“Eric Green and his wife, who live in Arlington, VA received a card in the mail last week.  But they thought it was a con because they had expected their stimulus payment would be direct deposited into the same bank account where they received their recent federal refund.

“‘Is it a scam or legitimate?’ said Green.  ‘There were a number of steps involved in converting the card into money to be put in our bank.  We wonder why we just didn’t receive a government check in the mail like other people have received?’”

“My wife and I don’t have the same last name, and our joint stimulus card arrived addressed to, and in, her first name, my last name.  I don’t understand why this is happening at all, since obviously the Treasury knows our income and names from how we filed our taxes.”

And, once a recipient tried to access the money, there were problems: 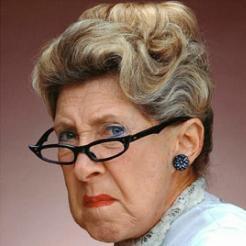 “I called my bank and was told I would have to go to an ATM to withdraw $1,000 once a day and then deposit it into my bank account,” Joan Bevelaqua from Columbia, MD wrote in an email.  “This is a total of three days, three separate visits.  I cannot believe the government is pulling this off on the elderly.  I am extremely angry.”

Let’s go back to the envelope with no return address, and another Washington Post reader’s response:

“I opened an unmarked envelope, saw what looked like a credit card I hadn’t ordered from the Money Network, and I threw it out,” said Sarah Bardinone from New York City.

When queried about this, a Treasury spokeswoman said the card was discreetly sent “to protect against potential fraud.”

Talk about “discreet”!  So discreet was the government that, after starting to mail the debit cards on May 18, the IRS didn’t announce the process until nine days later, with this news release:

And let’s not forget that pesky $7.50 replacement charge if you lose your card. If you’re in a hurry and want the card to be sent four to seven days after the order is placed, there’s also a $17 priority shipping fee.

All this is happening on Mnuchin’s watch, and that makes him responsible.

Of course, Mnuchin doesn’t have to worry about problems with getting stimulus money in any form – debit card, direct deposit or check.

Slimeball Steve’s net worth is around $400 million, according to a 2019 article in Forbes.