It’s no secret that “Republicans” and “voter suppression” go hand-in-hand:

And I suggest that Republicans got a chance to practice voter suppression in Puerto Rico:

On August 9 Puerto Rico was forced to partially suspend voting in primaries due to a lack of ballots.

A lack of ballots.

A great strategy to have in the voter suppression toolbox.

You may be wondering, why didn’t they just do mail-in ballots in Puerto Rico?

According to an August 10 NPR article,

“…in Puerto Rico, as in a handful of states, absentee voting is still only offered to those with an excuse for why they cannot vote in person, which is why voters there had little choice but to go to the polls in person.”

So on primary voting day, hundreds of frustrated Puerto Rican voters (who wore the required face masks, braved a spike in COVID-19 cases and the hot-as-hell weather) were turned away from centers across Puerto Rico as officials told them that no ballots were available.

Many people waited, but by early afternoon only a handful of polling places had received their paper ballots.

The lack of ballots meant people were only able to vote in nearly 60 of 110 precincts.

This situation is unexplainable and becomes even more so, since the primary election had already been delayed once, moved from June 7 to August 9, because of the pandemic.

Now the ballot shortage means that some precincts – the locations that did not have ballots available to start voting by 1:45 p.m. Sunday – will be open to cast ballots again on Sunday, August 16.

However, lawsuits have been filed and that could change.

Lawsuits – just like what’s predicted for the November election: 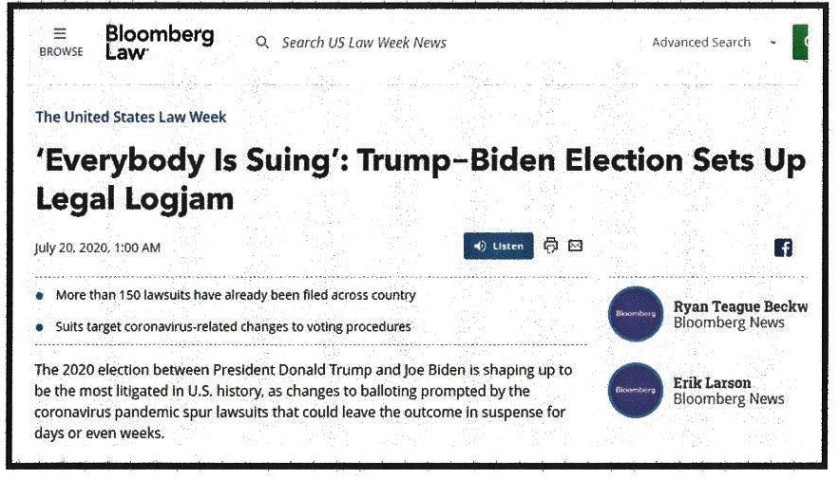 In the meantime, the Blame Game in Puerto Rico went into full swing:

Why do I think the Puerto Rico primary was Republicans practicing voter suppression?

Because though Puerto Ricans are American citizens, they can’t vote in a presidential election.

So why not do a no-ballots practice run now, and see if it flies?

Now Republicans can sit back and do a Puerto Rico primary postmortem:

Republican #1:  Did you see those headlines?  We did it!

Republican #3:  Definitely in the toolbox for November.

Republican #1:  Yeah, but only in precincts with lots of minority voters, right?

Republican #3:  Right.  Now let’s get back to how we’ll suppress those damn mail-in ballots.