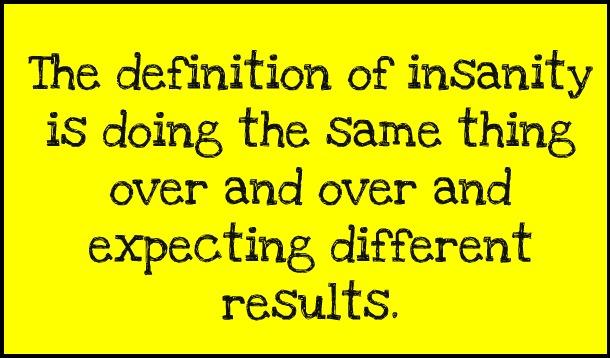 On this blog I’ve been doing the same thing over and over:

Excoriating a TV show, and pronouncing, “TV can’t get worse than this.”

And then another show comes along and proves me wrong.

TV can get worse.

It can, and it does.

This time the show is an offering from DLC, the Discovery Life Channel, which launched in 2015 and described itself as “a new network focused on celebrating all of life’s unexpected moments and the experiences that accompany them.”

A news release from the same time stated,

“‘Between our bold content, unflappable talent and authentic storytelling, we are excited to debut Discovery Life in January as a must-watch television destination filled with humor – and heart – in the Discovery portfolio.’”

The “must-watch” TV show I’m focusing on – “filled with humor and heart” – is this:

For clarification purposes, “impale” means to “pierce or transfix with a sharp instrument.”

“I Was Impaled features people who accidentally ended up with foreign objects in their body, while examining how these mysterious items were discovered…”

I reckon getting impaled qualifies as one of those aforementioned “life’s unexpected moments.”

I am, of course, imagining a conference room at the Discovery Channel, filled with creative people who are supposed to come up with content for Discovery Life, the new channel.  The team leader is standing by a white board, poised to write down the great ideas that will no doubt be flowing in full force…

Team Leader:  Listen up, people!  We have airtime to fill, viewers to capture and advertisers to please.  We need content, and we need it now!

Creative Person #1:  We gotta do a show where somebody gets hurt.  Viewers love watching someone who’s in pain.  Bleeding, maybe?

(Team Leader smiles, and notes GETS HURT on the white board.)

Creative Person #2:  Yeah, really hurt, and bleeding, but not, like, bad enough to die.  Right?

(Heads nod, indicating hurt and bleeding are good but die would be bad.)

Creative Person #3:  How about a show set in a real Emergency Room?  That’s where people go when they’re really hurt and –

Creative Person #4 (interrupts):  Doofus, we already have a show in an ER – Untold Stories, remember?  Geez, don’t you watch the channel?

(Muffled laughter all around.)

Creative Person #5:  It’s gotta be unexpected, so like an accident.  Like…falling down the stairs.  How about a show about people who fall down the stairs and –

Creative Person #6 (interrupts):  Nah, that’s too common.  How about…how about people getting…uh…stuck by something.  You know, impaled?  Like, impaled by a tree branch or…or…a nail, or a spike in the head or…

Team Leader:  Impaled!  That’s it!  People, I think we’re on to something here.  I want you all to hit the internet and be back here by noon with at least three impaling stories.  If the person died, that story doesn’t count.

If you think I’m kidding about the content of I Was Impaled, here are some samples, direct from the TV Guide website:

19 Nov
Unwanted Guests
A woman is impaled by a Christmas tree; a boy accidentally swallows a barbed fishing hook; and a man is injected with compressed air.

19 Nov
Head On
A pole penetrates a man’s mouth and neck; a man accidentally swallows a sewing needle; a 75-year-old man discovers a nail embedded in his face; and a truck driver is impaled by a pole.

19 Nov
The Enemy Within
A man is injured while mowing his lawn; a three-year-old swallows three magnets; a woman discovers a bug in her ear; and a carpenter gets a splinter in his eye.

Apparently I Was Impaled has been around for awhile – here’s a mention from 2012, when it debuted on what was then the Discovery Fit & Health channel:

I’ve managed to miss the show since 2012, and plan to continue doing so.

I would be remiss if I didn’t thank Wikipedia for pointing out that I Was Impaled does have one redeeming factor:

“The show chronicles the medical rescue involving first responders such as emergency medical technicians as well as doctors who saved the person’s life.”

And those first responders and ER doctors and staff who are faced with challenges like this guy’s – and I don’t even want to guess where in his body that nail came from:

Those medical pros are certainly to be lauded for their quick thinking and life-saving responses.

I have learned my lesson.

No more insanity for me.

I now know, without a doubt, that when it comes to TV shows…