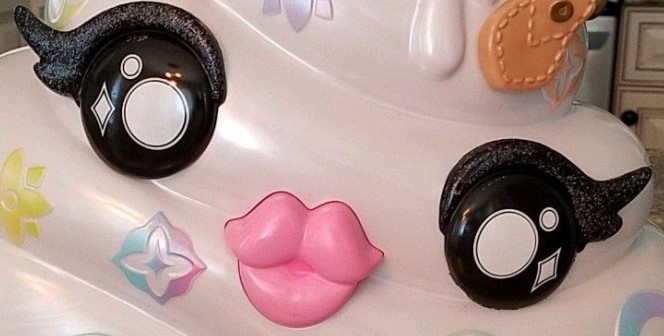 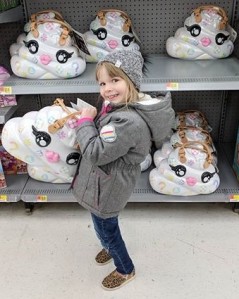 There’s a price to pay for not having kids.

If I had, say, an eight-year-old, I would have known about the hottest-selling item this past Christmas.

Instead I was left to wander in the wilderness, ignorant and uninformed.

So it came as a total – but welcome – shock when I happened upon a recent news article, and the blinding light of knowledge cut through the darkness of my ignorance. 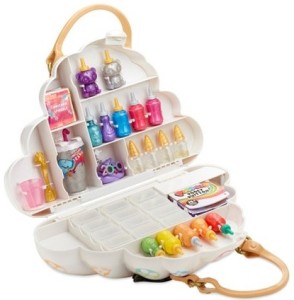 Seriously, I never knew about this crap.

And I say “crap,” literally, because that apparently is what Poopsie Pooey Puitton is all about, albeit in somewhat more refined language:

“MGA Entertainment’s Poopsie Pooey Puitton purse is the ultimate unicorn poop kit!  Magically make scented, unicorn poop slime in a rainbow of colors!  With a little unicorn magic, sparkle, and crunch, you can customize your unicorn poop again and again!”

So now I know:

This item is so popular that, according to one website, it was sold out at Target over the recent holidays.  And no wonder – look at all it includes:

It’s the purse, however, that’s drawing the national spotlight.

The purse, in case you hadn’t noticed, is shaped very like poop.

And its name – Puitton – is spelled very like that of a famous purse designer:

Louis Vuitton purses cost thouand$ are considered luxury goods, which means there are also ne’er-do-wells out there making cheap imitations.  This chicanery has been going on since an early cavewoman claimed her new purse was genuine Tyrannosaurs rex skin, but her mother-in-law knew it was a cheap Brontosaurus knock-off.

So nowadays, many luxury goods makers file lawsuits or threaten litigation to stop companies from piggybacking off their names and customer goodwill.

Just in case Louis Vuitton had any ideas about suing over Poopsie Pooey Puitton, MGA pre-emptively sued Vuitton to ensure MGA can keep making their Puitton without interference from Vuitton:

MGA is seeking a court declaration that Poopsie Pooey Puitton does not infringe on Louis Vuitton’s intellectual property rights, and is protected parody and fair use.

That “protected parody,” said MGA, is “designed to mock, criticize, and make fun of that

Which is exactly the message any eight-year-old would appreciate finding under her Christmas tree.

Instead of considering a lawsuit, I think Vuitton should be grateful for Puitton.  Get the youngsters hooked on the look now, and in a few years they’ll be begging to transition from Puitton to Vuitton: