To call the British monarchy “staid” would not, in most cases, be an overstatement:

In fact, any number of British royal family members would take it as a compliment.

And I say “staid” not as a criticism – the British royal family is obviously doing something right.  Queen Elizabeth II is the world’s longest-reigning monarch – 67 years – and the English monarchy has been around since 827 AD or so.

I’m also not criticizing because I’ve been fascinated by English royalty for years.  There are so many English monarchs – 61 over a period of about 1200 years – among them your Aethelbald and Aethelred up through multiple Henrys, Edwards and Georges, a couple of Marys and Elizabeths (one being Elizabeth, or QEII, the present-day monarch), and of course, the one and only Victoria.

If we neglected to mention Victoria, she would not be amused.

And I daresay she would not be amused by the big announcement in January that shunted aside all other world news:

“Stepping back”? Queen Victoria would look down her royal nose and sneer.  “One does not step back!  One does one’s duty and smiles throughout, for God, Saint George and England!  ‘Stepping back’?  Balderdash!”

The phrase “not amused” was recently echoed, this time in reference to Queen Elizabeth’s response to the decision of Prince Harry and his wife, Meghan Markel:

It’s not as though “stepping away” from royal responsibilities is something new; QEII’s own uncle, Edward VIII, abdicated the throne in 1936.  At the time Elizabeth was 10, so she certainly remembers that.

And just for laughs – of which I’m also doubtful – I’d tell QEII to check out this subsequent Harry/Meghan story:

And the episode has provided us with some great laughs, like the above “Whopper Of A Job Offer” – funny!

And there are more:

“Goodbye House of Windsor, hello Home of the Whopper.”

“If you’re looking for a job, we have a new crown for you.”

“You always have a job in our kingdom.”

“After so many years of living as dukes, it is time for you to start eating like kings.”

Some wit came up with a spin-off of Brexit:

And an enterprising media outlet even tracked down a 2013 Men’s Health magazine video starring Markel and entitled, Grilling Never Looked So Hot: 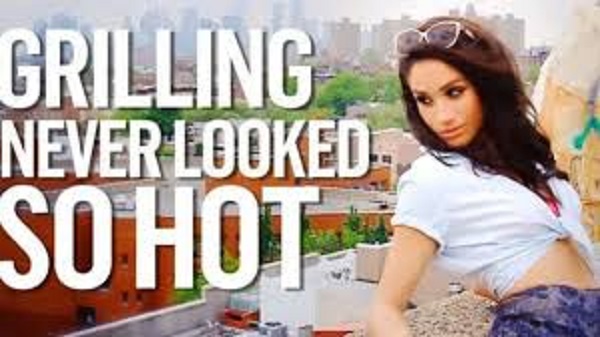 There were lots of photo spreads from the video, like this one:

Which I think really missed the point of the video:

If Burger King hires Meghan,
she already knows her way around a burger grill: 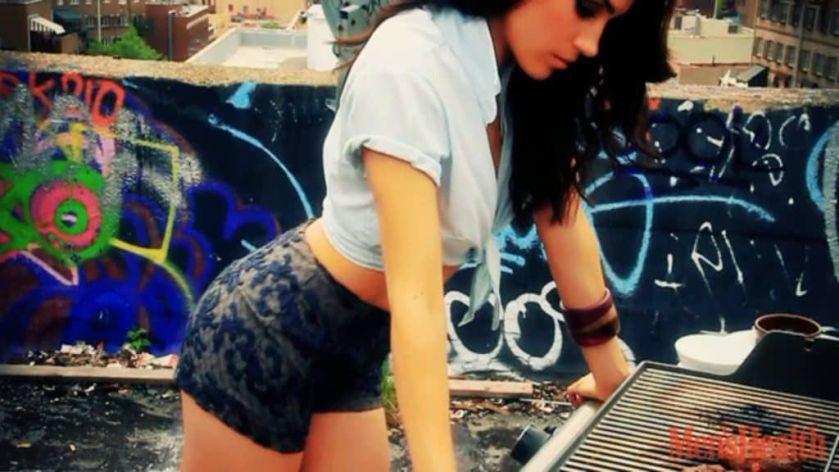 The burgers are at the lower-right under the Men’s Health logo.

Not that anyone was looking at the burgers.

Though it appears that Meghan and Harry don’t need to accept Burger King’s offer.

Seriously, how much more “financially independent” can you get?