I gotta hand it to Trump.

But for purpose of mocking him, I will.

Because his recent activities bring this old quote to mind:

Trump is that busy person, but he just keeps doing more!

For example, forget “POTUS” – his industrious efforts have earned Trump the new title of:

And as Bill Clinton and Andrew Johnson can affirm, getting impeached keeps you busy!

But last week, Trump still found the time to travel to Davos, Switzerland for the World Economic Forum (WEF), “an opportunity for the world’s most influential people to meld minds over the world’s economic and political challenges, and, more importantly, to network.”

How would Trump do that? 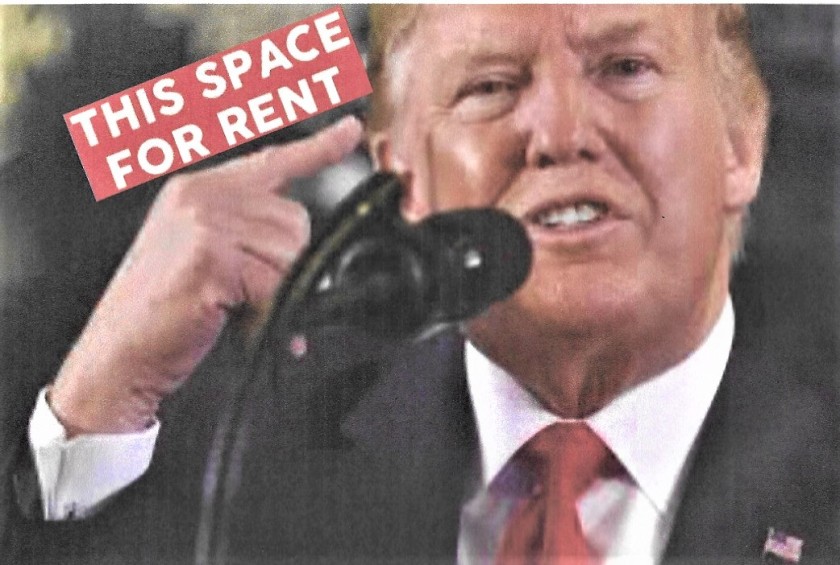 Well, no matter, because Trump was still busy at the WEF, bullying Greta Thunberg:

“In a prepared speech at the World Economic Forum in Davos, Trump took the opportunity to take a swipe at Thunberg – who was in the audience – deriding ‘perennial prophets of doom and their predictions of the apocalypse’ about the environment.  ‘They are the errors of yesterday’s fortune-tellers,’ Trump claimed, ‘and we have them and I have them and they want to see us do badly, but we don’t let that happen,’ adding that in order to ‘embrace the possibilities of tomorrow,’ we must reject the warnings of such individuals.”

And coming up with all that great alliteration – “perennial prophets…predictions.”

I am in awe of Trump’s always-admirable alliteration.

Yet while busy at the WEF, Trump also found time for this:

And Politico even did the math for us:

“President Donald Trump posted more than 140 times on Twitter on Wednesday, surpassing his mid-December record for the most daily tweets and retweets during his presidency.

“The president flooded his Twitter account during the second day of the Senate’s impeachment trial, with 41 posts hitting the internet between 12 and 1a.m., or one every 88 seconds, according to the site Factba.se, which tracks and indexes Trump’s tweets and speeches.  He broke his all-time record for retweets, with more than 120 by late Wednesday afternoon.”

A tweet “every 88 seconds”?  Just think how tired his tiny thumbs must be!

So Trump was at the conference, busy being TTPTBI and bullying a teenager and typing those tweets, yet he somehow – clearly, he’s a time management meister – was working long distance as well:

As one media outlet put it,

“His new rule, which will be implemented in about 60 days, is the latest step in the Trump administration’s push to repeal or weaken nearly 100 environmental rules and laws, loosening or eliminating rules on climate change, clean air, chemical pollution, coal mining, oil drilling and endangered species protections.

“The new water rule for the first time in decades allow landowners and property developers to dump pollutants such as pesticides and fertilizers directly into hundreds of thousands of waterways, and to destroy or fill in wetlands for construction projects.”

He’s a time management meister, indeed – finding the time to roll back yet another of those pesky environmental rules and laws.

I guess Trump was too busy to remember that, back when he was running for president, he promised to shield entitlements from cuts?

And speaking of long distance, before he left for the World Economic Forum – while he was busy packing and stuff – he made sure this happened:

Not to be confused with the U.S. Space Command uniform:

Well, I presume this is the U.S. Space Command uniform, since this guy is Air Force Space Command Commander General John “Jay” Raymond.

And then – Trump returned to the U.S. and was busy unpacking and stuff, but still found the time to attend an anti-abortion rally at the National Mall:

Vote whore that he is, Trump was obviously pandering to evangelists, parroting their language with phrases including,

“The far left is actively working to erase our God-given rights [and] silence Americans who believe in the sanctity of life.”

“Make it your life’s mission to help spread God’s grace.”

Whew!  All that pandering and parroting kept Trump very busy!

And he’s has also mastered this skill set: